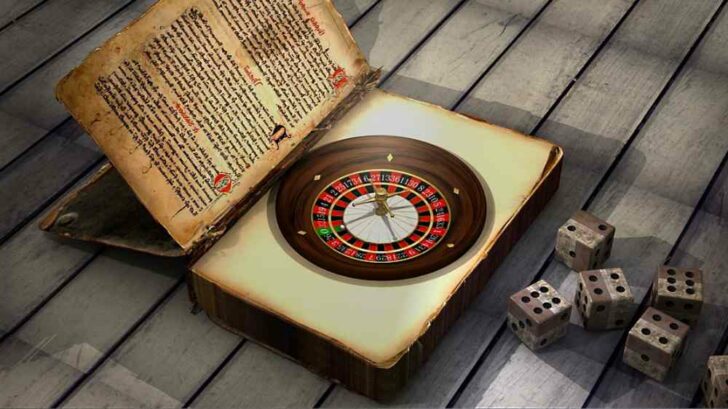 The Gods of Gambling in Different Cultures

Betting and gambling on unpredictable outcomes have been a part of human society for a very long time. In fact, you can find many instances of gambling throughout history. Examples of gambling or betting games are to be found in most ancient cultures. It’s fair to say that many of today’s modern gambling jackpot games, like those found at an online site like Bet365 Casino, are actually variations of these older versions. Of course, with all gambling being so unpredictable, it’s no surprise that gamblers look to the gods for help in providing them with luck.

So it’s no surprise that all societies have had gambling gods and no matter where these civilizations were based around the globe. Though many have completely different temperaments, natures and genders, they all are there to provide the same purpose. Namely to push good luck for the gambler and help increase your jackpot winning chances. So let’s take a trip back into gambling history, and around the world, to check out some of these gods of gambling.

Hermes: The Greek God of Gambling 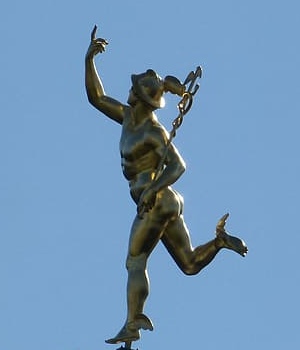 As you’re probably well aware, the ancient Greeks had a huge number of gods and goddesses representing all sorts of activities, emotions and pretty much everything that moved on Earth. So it should come as no surprise that they also had a god of gambling. In ancient Greek civilization, this was Hermes. He is associated with fertility, wealth and luck. In this manner, he sounds like the perfect God to represent a gambler or someone taking a bet. We should also mention that he is not only clever but also very mischievous. It’s well-documented in Greek mythology that he would often steal things from other gods just for the fun of it. Nevertheless, this trickster wins constant praise from ancient Greek gamblers. So even if in mythology he wasn’t seen as trustworthy, he was always favoured as the god of luck.

Laxmi: The Hindu Goddess of Gambling 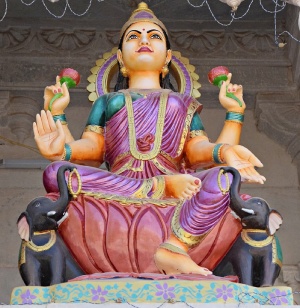 Like the ancient Greeks, Hinduism contains many deities, with many of them being goddesses. And it’s a goddess who happens to be the god of gambling for Hindus. Laxmi is the goddess of prosperity, wealth and luck. But unlike her Greek counterpart, Hermes, she is thoughtful, kind and helpful. Having said that, she is well known for being very hard to please. Hindus pray to her because she is responsible for bringing material satisfaction into life. Religious books tell us that if you’re able to impress her, then she will reward you with good luck.  And that’s why Laxmi is the goddess of wealth, as well as the goddess of gamblers in Hindu cultures.

Thoth: The Egyptian God of Gambling

Being so very ancient, we find the ancient Egyptian civilizations are still under the cloak of mystery. Nevertheless, the more information there is to discover then the more interesting they become as a people. As a polytheistic civilisation, the ancient Greeks possessed many gods who were in charge of many roles. The god in charge of learning, writing and the Moon, was Thoth. Not only was he a god in his own right, but he also was an advisor to the other gods. What’s interesting is that Thoth wasn’t the god of gambling because of possessed the power of luck. 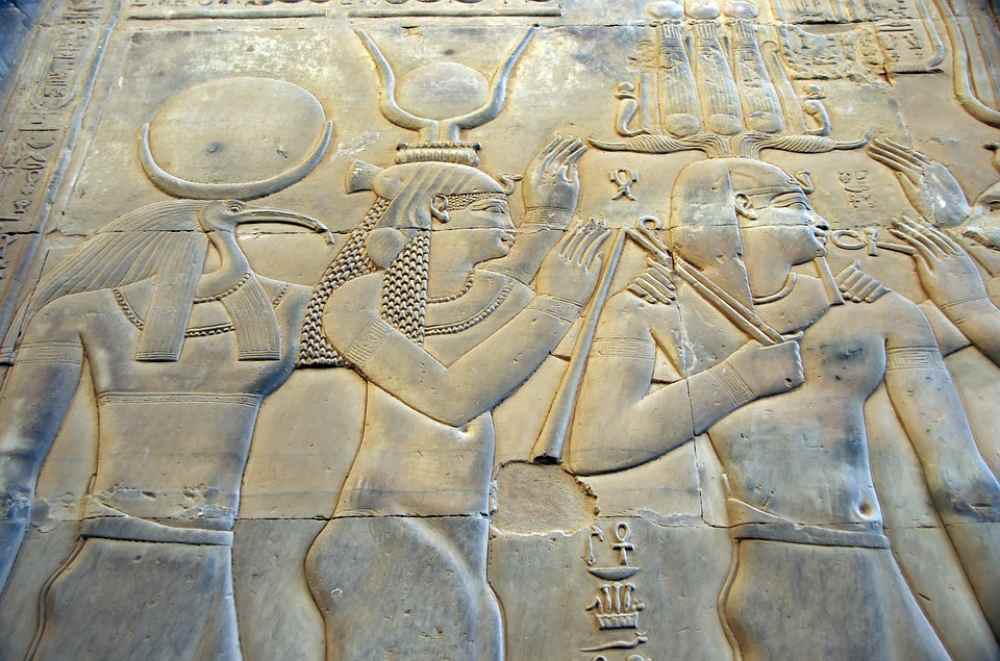 Rather it was simply because he was eager to help people and guide them. It was through his kindness that he offered good fortune to everyone around him. And this is why the ancient Greeks who were gamblers would worship at his altar. Today you might want to worship at the altar of Denise Coates. She’s the owner of one of our favourite online casinos, Bet365 Casino. Not only do they have a massive selection of casino games, but also offer all new players a fantastic welcome bonus offer of 100% up to £25! This will help you get started and in some ways, can be seen as a means of increasing your luck.

Kangiten: The Japanese God of Gambling

In Ancient Japan, gambling was perfectly acceptable. Especially if you wanted to move up the ranks and achieve higher status in society. As a result, Japanese culture was overflowing with all types of gambling activities. There was a huge amount of social pressure on gamblers. So it’s no surprise that they turned to the gods to help them both win games and improve their lives. The Japanese god of gambling is Kangiten. If there was ever a need to take a chance in life, then this was the god you would turn to. Whether you were a geisha, a gambler or an actor, he could guide you towards the correct and more prosperous path. Though he had a famous hot temperament, he was nevertheless, the one god you can turn to as he was involved in the “business of pleasure.” If you play Pachinko, then he’s your go-to god.

Nohoilpi: The Navajo God of Gambling 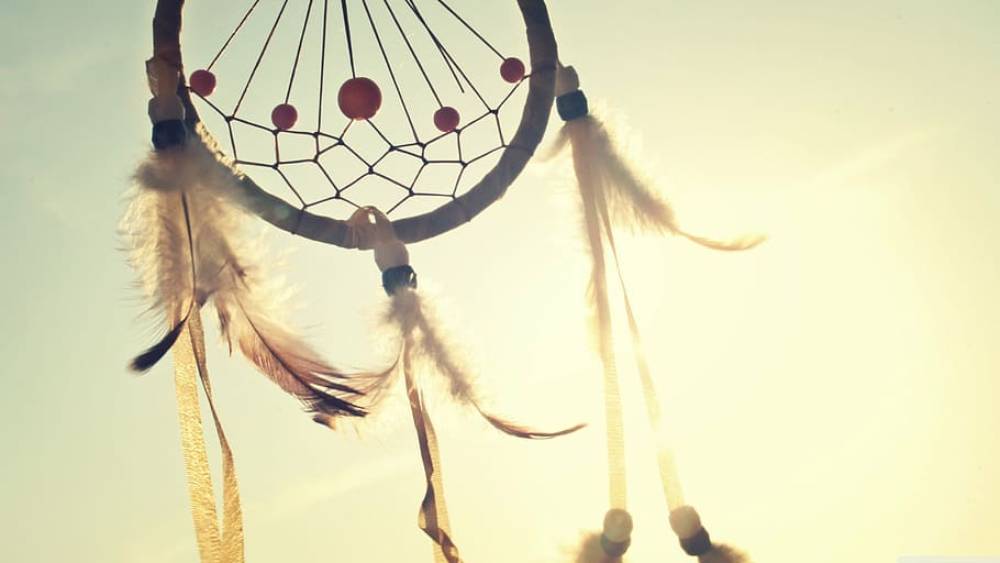 Moving across the Pacific to North America, we can find traces of gambling in the ancient Native American tribes that existed hundreds of years ago. In particular, the Navajo worshipped their own deity as the god of gambling. They called him Nohoili. Although the Indian tribes have many different gods of gambling, he is probably the most famous as he was an excellent gambler himself. In fact, Native American tales tell of how he won fortunes and even won people in these gambling games. The story is that his victories made the other gods jealous. As a result, they gave a mortal man special powers and jackpot winning strategies in order to defeat this arrogant god.

The story ends with Nohoilpi losing the game and also his considerable wealth. As such, this is a tale rather in the mould of Aesop’s Fables, which offers a caution to those who have become greedy and lost in their gambling activities. In the modern age, this tale would be one of how addiction and arrogance can lead a gambler down the wrong road.

Conclusion: Who Should Gamblers Pray To?

Though this list only covers a few of the gods and goddesses of gambling, there are many others. For example, the Roman Goddess of luck Fortuna, the Aztec God of gambling Macuilxochitl,  the voodoo God who is of gambling called Papa Legba, the Chinese God of Gambling Nezha, the Norse Goddess of games Lofn, and many others. As far as we know, virtually every ancient culture has enjoyed some form of gambling activity. Of course, life and gambling were so unpredictable in these ancient times. So it’s no surprise that gamblers turned to deities and begged them for help when they needed it to win. Keep in mind that winning or losing could actually be a matter of life and death.

Today, if you stroll around any modern land-based casinos to win the jackpot, you will catch many people touching small tokens or personal items which they have imbibed with supernatural powers in order to help them win. You’ll see many gamblers make the sign of the cross before tossing the dice in the game of craps. Many will whisper a silent prayer under their breath to whatever god they think might help them, as they turn their cards over. Though the ancient gamblers had their specific gods to pray to for good fortune, today many gamblers will pray to a huge variety of deities and gods in the hope of winning. As such, human nature and its reliance on superstition haven’t really changed since the beginning of time.