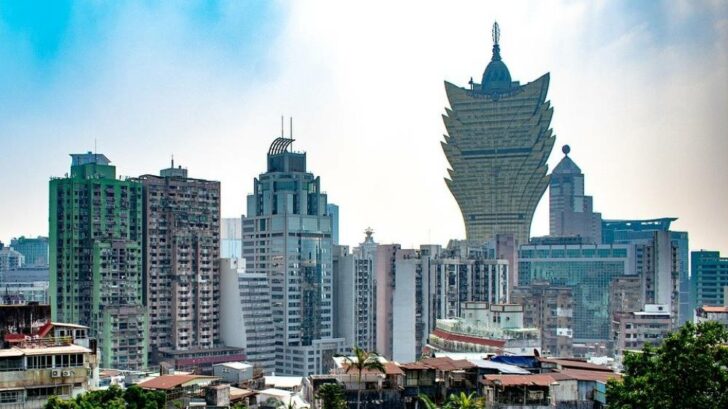 If you’re a gambler then you have probably heard of Macau casinos as they are normally mentioned in the same breath as Las Vegas, with both being world-famous hubs for gambling. But that’s probably the length and breadth of most people’s knowledge. So, before we delve into the gambling aspects of Macau casinos, let’s have a little introduction.

Macau sits directly across from Hong Kong on the Pearl River Delta and it’s an autonomous region on the South Coast of China. Until 1999 it was a Portuguese territory and today it reflects a mix of these cultural influences. On the Cotai Strip, you’ll find giant casinos and huge shopping malls. These all join together the islands of Taipei and Coloane, and together they have the nickname of the “Las Vegas of Asia”.

Gambling is illegal across mainland China. But Macau and Hong Kong are two special administrative regions in China and casino gambling has been legalised in both, including sports betting. The Macau casinos generated almost $36.73 billion and that was going back to 2019. If we look at the total take of Las Vegas casinos then we can see that the American city took around $11.92 billion in 2018.

Well, one thing we all know, though it may well be a stereotype, is that the Chinese do love to gamble. Most of the revenue that comes from gambling is from games like fortune, including jackpot slots, poker, baccarat, and roulette amongst many others. You can try your hand at all of these games and many variants at True Flip Casino. They also have an amazing welcome bonus for new players of 275% up to €1000 plus 50 free spins! 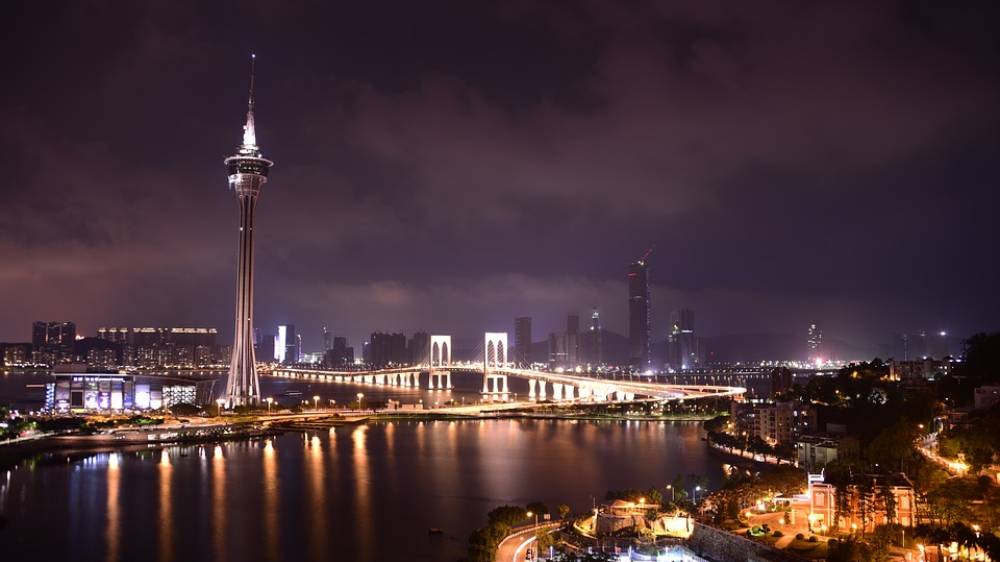 What makes Macau particularly interesting is that for one thing, very few people know anything about it or even heard of it. And yet there are some astounding and amazing facts coupled with this tiny colony. This is why for many gamblers, Macau casinos are on their bucket list of most important destinations to go and gamble in one day.

Macau is The Second Richest Territory in the World

Incredibly the GDP per capita in Macau is $143,300. Which is just incredible if you think about it. What’s more, Macau has no public debt. In fact quite the opposite, as it has $55 billion in reserves at the end of 2016.

Winner for the Most Densely Populated Region on Earth

With the landmass of Macau measuring just 30.5 square km, it supports a population of 648,000 people. This translates to around 55,000 people per square mile. This makes Macau easily the winner of the most densely populated region on Earth

The Macau Government Pays its Citizens

This sounds absolutely crazy considering that the casinos are run as businesses. But thanks to the local casino tax, the government gives permanent residents of Macau around $1,200 each year, and non-permanent residents, receive around $670.

Macau Was The Last European Colony in China

In 1557 Macau was released to Portugal as a trading post and then in 1887, it actually became an official Portuguese territory. But in 1999, the Portuguese government handed Chinese sovereignty back and Macau returned to the Chinese Republic. 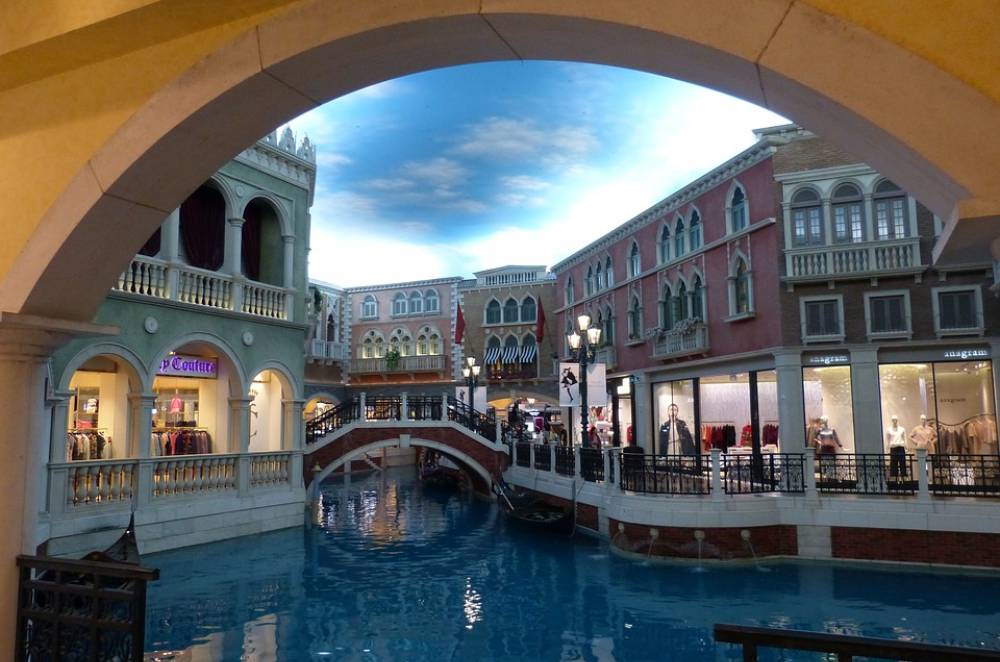 In Macau, there are a total of 6 licences between operators, and they include SJM Holdings, Wynn Macau, MGM China Holdings, Melco Crown Entertainment and Sands China. In recent years, each of these operators has been developing ever larger and larger casino resort complexes. The largest of them all in Macau is operated by Sands China which actually belongs to the Las Vegas Sands Group. This casino has a total of 990,000 square metres and contains 640 gaming tables and 1,760 slot machines.

From an architectural point of view, it’s modelled on a sister casino, The Venetian, in Las Vegas. In terms of sheer size, the Macau casinos complexes are the highest density casinos in the world.

As you can imagine, with such huge sums of money moving around it’s not that surprising that there were large levels of corruption within local government officials. Macau casinos really had their revenue peak in 2013, but since then the Beijing government has come down hard with a campaign against corruption. The city’s high-end casinos tend to generate the greatest prophets from having players come and use the VIP rooms, which are reserved for high rollers and high stakes jackpot games. In fact, they require a huge sum deposit to simply enter and start playing.

This, in turn, attracted many wealthy clients where their money was of questionable origin and led to a huge amount of international money laundering, as well as other financial offences.

There was also a huge amount of money being brought into Macau casinos from mainland China by corrupt government officials. But thanks to the crackdown, many of these same people now choose different destinations to go and gamble. This has caused a drop in income across the whole province. Today all Macau casinos are now trying to develop themselves as resorts and leisure centres, and build themselves as a vacation destination for the mass-market Chinese gambler.

Today you’ll find many of the people going to Macau are not necessarily interested in gambling but go there for other leisure activities including shopping. 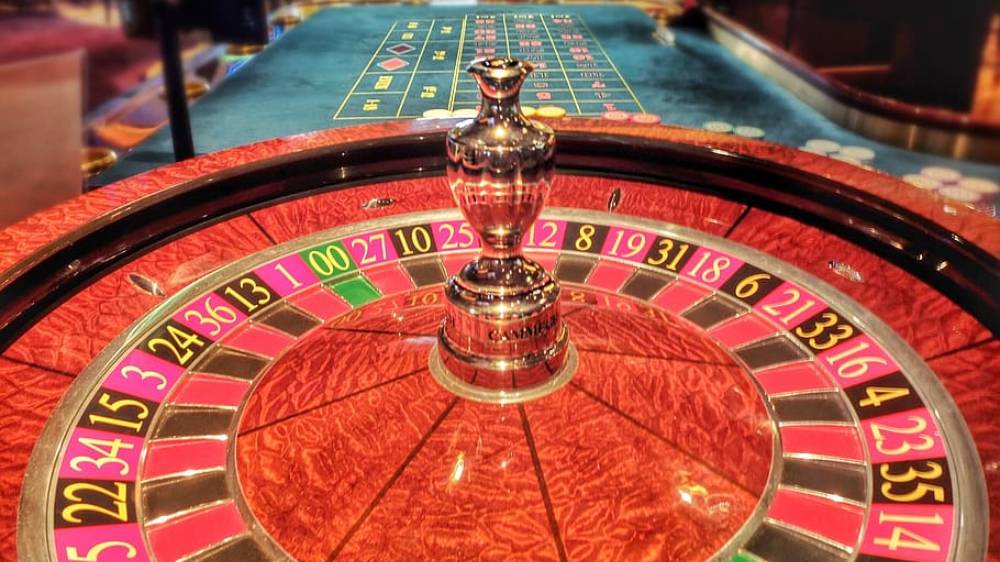 All the Macau casinos have the regular table games which gamblers are used to playing, including roulette, poker, slot machines, blackjack, and baccarat. But because we’re situated in China, you’ll also find the more traditional game of Mahjong. The game that provides the most revenue is two-handed blackjack. In 2019 this game alone brought in an astounding $16.9 billion. Since 2019, there has been a big increase in the number of slot machines, which reflects the new type of gambler now going to Macau casinos to win the jackpot. But you don’t have to go all the way to China to play the slots or blackjack. We prefer to go to True Flip Casino. They have a huge selection of games.

Interestingly enough, although over 17,000 slot machines can be found throughout the Macau casinos, they bring in significantly less income than the games tables, with an income of just $1.69 billion. With Chinese VIP gamblers now going to other more safe destinations away from China and its ever-present prying governmental eyes, this has led to a considerable drop of income which the new working-class Chinese gambler has not been able to make up the difference. Unfortunately, they have little time and understanding for the jackpot winning strategies needed for table games and prefer to play on the much simpler, though much less profitable slots.