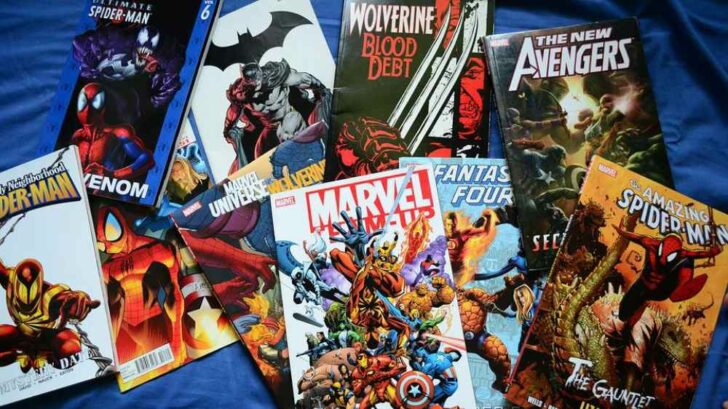 With so many characters to choose from, we’re sure that there are many Marvel comic characters who’d be great at gambling. That’s because to be successful in baccarat, Texas hold ’em or blackjack you need to have a wide variety of traits. For those new to these games, it’s not as simple as it seems. But we imagine a Marvel superhero should get the hang of them in no time at all.

If you think about the qualities of many Marvel comic characters, then such things as intellect, mental fortitude and good judgement are all important aspects of their personality. In fact, the long list could also include such things as the ability to conceal thoughts and emotions. Many Marvel comic characters have these characteristics in spades, with more to spare. Keep in mind that it’s not just superheroes that possess these interesting characteristics. But also the villains too.

If you think about the Wolverine, then he can be seen as an outcast and a loner. Not only does he have a stoic persona, but he’s also incredibly mean and capable of producing utter carnage. As much as he’s aggressive, he’s also very courageous. So it’s not surprising to find that he’s one of Marvel’s best, and certainly most beloved characters. In the form of Logan, we feel that he would win quite often. Though it might be said that his extremely volatile personality might make playing against him a rather dangerous venture. Still, we’d like to see him play the jackpot slots with those huge claws! 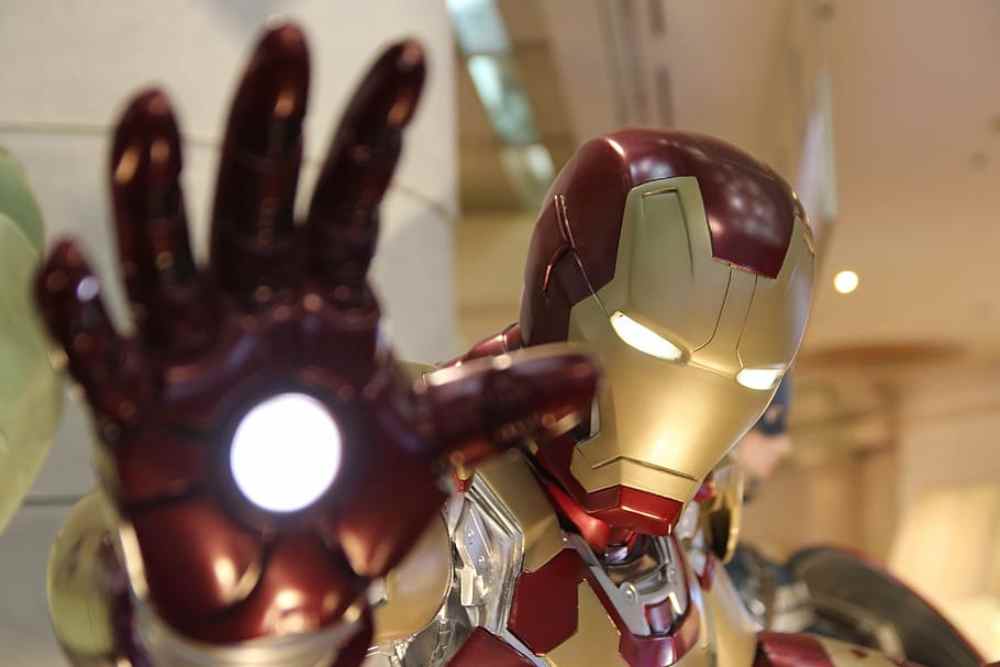 Tony Stark really is the big brain amongst many Marvel comic characters and superheroes. He’s also a billionaire industrialist, a business magnate, and a philanthropist. Plus he’s oozing with charisma and is one of the smartest Marvel comic characters in the whole MCU. Of course, someone with his acumen, intelligence and money can do whatever he likes. So you can guarantee that if he wants to turn his hand to gambling he would certainly excel at it. We imagine that Tony Stark would play not just for the thrill of winning. He’s quite a conceited and self-centred character.

We feel that he would hate to lose to anyone. And his enjoyment also comes from beating his opponents whilst looking them in the eye. We can imagine Tony Stark would find ways to game the system if he was playing online. He would rise to the challenge by cheekily injecting some malware into the online casino’s programming to ensure a win. We guess he would go to the best casino site to play, 22Bet Casino.

Gambit has the ability to make inanimate objects explode. Though, in truth, it really doesn’t seem to be that exciting in the real world. But Remy LaBeau is a much more capable mutant than you imagine. By trade, he’s a thief and therefore he’s used to working with all types of people. He also gets into conflict with such characters as Mr Sinister and the X-Men. But it’s his abilities that make him so interesting to us. In fact, he’s one of the most fascinating Marvel comic characters out there. One part antihero, one part individualistic, his heroic deeds tend to hide more sinister behaviour. We think he’d be great sitting at the poker table using false tells to hide his true intentions. 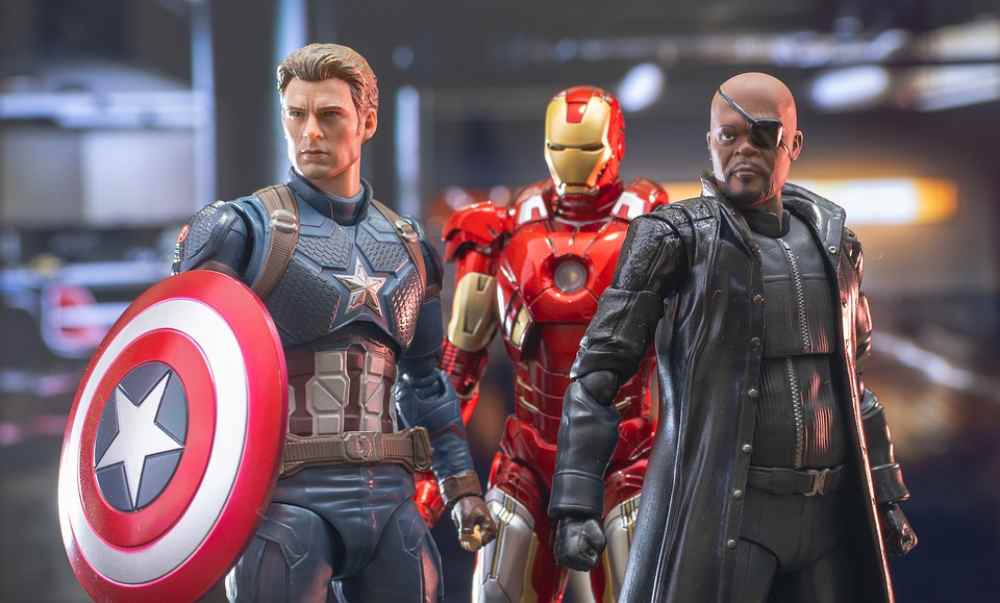 As the former director of S.H.I.E.L.D and the founder of the Avengers, Nicholas Joseph Fury was also a colonel in the United States Army. Adding to his curriculum we can find that he was a spy and a CIA operative during the Cold War. All this experience has allowed him to both thrive and succeed in the world of supervillains and superheroes. If you think about it, Nick Fury had to develop and sustain a set of exceptional values. We feel that he would be a great blackjack or jackpot poker player as he’s as straight as they come.

Blade the Vampire Hunter is an old-school Marvel comic character who’s built up a staunch following over time. And though he may not be part of the MCU, and not quite as popular as some other entries in our list, the Day Walker has a certain swagger and an origins story unlike many others. His senses are almost superhuman. If he were to gamble, he would certainly be able to quickly master the art of beating his opponents.

Frank Castle is one of the most unique antiheroes of all Marvel comic characters. And he has a lot to offer. Without a doubt, he’s one of the most iconic characters on this list and we imagine that he would excel at any form of gambling. First off, he’s incredibly violent and also prone to violent outbursts. This means he’s not a person you want to double-cross at the poker or blackjack table. To that end, we think that some other players may even let him win rather than suffer the bloody consequences that might come from him losing. 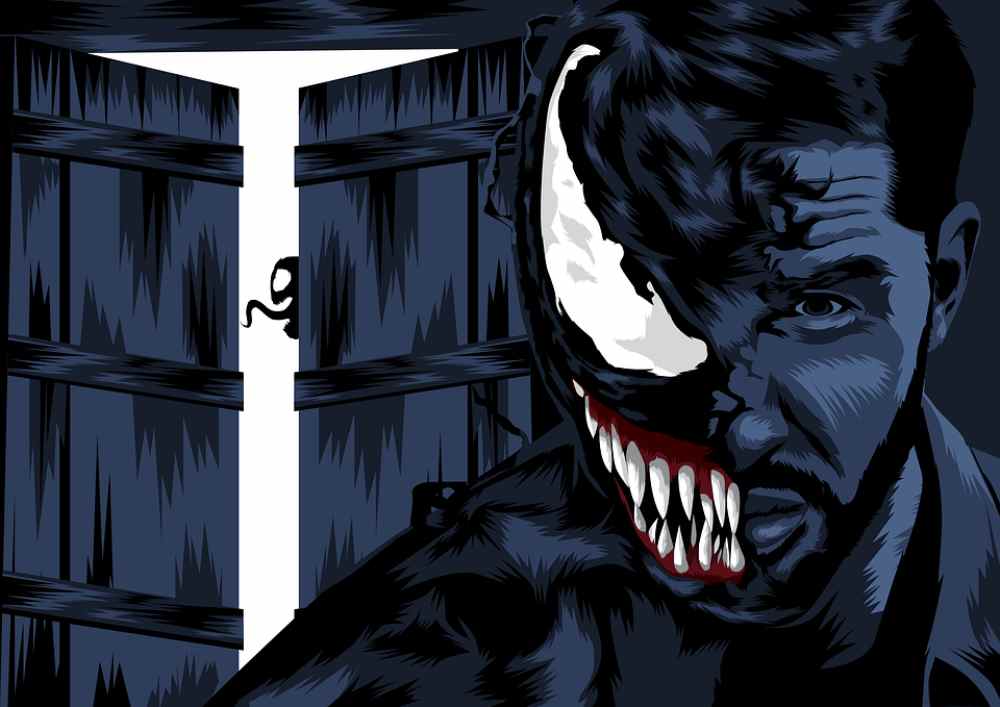 We can’t claim that Venom, the alien symbiote, is particularly bright. But it’s certainly true that what he likes in brains, he certainly makes up in brawn. We imagine that sitting across from him at the poker table, with his black and overpowering physicality would instil a primordial fear in everyone facing him. Of course, he can mimic the appearance of other human beings once he obtains them as a host, which could be useful for playing casino jackpot games. For example, he could instantly become a dealer or Eddie Brock. But his huge jaws filled with razor-sharp teeth and his unpredictable manner would ensure that he would win every hand without trying.

Another one of the most famous old-school Marvel comic characters is Ghost Rider. His grotesque physique makes him stand out from the crowd. Let’s face it, it’s bad enough playing poker with the guy who has a skull for a face, let alone that the skull is on fire. It’s true that Ghost Rider’s alter-ego, Johnny Blaze isn’t the sharpest tool in the toolkit. But being able to turn himself on fire at will, is enough to prove intimidating to the other players around the casino gaming tables.

Like many Marvel comic characters, Cable is an expert marksman and fighter. With his skills, you certainly wouldn’t want to get into a scrap with him. But it’s not his physicality that has any importance to us. It’s his telekinetic and telepathic abilities. With these, he would simply be able to read the minds and then see the cards of the other players sitting around the baccarat table. This would increase his winnings considerably. And if anybody wants to call them out, well Cable can count on his brawn to get him out of any tight spots.

Loki could probably best be described as one of the most cunning Marvel comic characters in existence. Being a Norse god related to Thor, he needs no introduction, with powers that are astonishing in-depth and abundant. In reality, he’s a jack of all trades. And capable of turning his hand to virtually any activity. We can imagine him totally dominating a roulette wheel. But he would win more through deception and manipulation than by playing fairly. Likewise, if he was playing at an online casino like 22Bet Casino, we imagine he’d quickly lose patience and find all sorts of ways to cheat his way to winning.