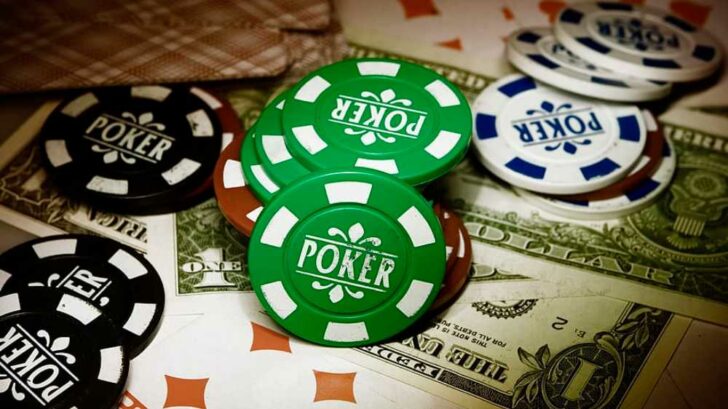 Texas Hold’em Is The Most Popular Poker Game

Of all the popular poker games available, you’ll find that Texas hold’em it’s probably the world’s favourite. But historically speaking, it has not always been the go-to poker game of choice. In fact, it’s only over the last 30 years or so that the game has risen to the top of the poker playing list. A couple of decades ago, if you are playing at a land-based casino, then Texas hold’em was just an afterthought. There was a good chance it wasn’t even available.

This then begs the question of why is Texas hold’em such a popular poker game today. Unfortunately, as with all things surrounding casino games, and especially poker, the answer isn’t as black and white as we would like. To discover the reasons for the rise in popularity of Texas hold’em we need to go back and look at the history of the game. By examining the evolution of the game, we will be able to better understand its evolution and why it continues to dominate the poker world today.

Why Is Texas Hold’em The Most Popular?

In truth, the birth of Texas hold’em was never really documented. We have an idea that its beginnings are in the late 1950s when the game started popping up in the smoky backrooms and gambling dens of the state of Texas.

By the 1960s, the game had made its way to the casino tables of Las Vegas. In spite of making an appearance in what was then the gambling capital of the world, Texas hold’em didn’t take become popular straight away. Its progress was slow because many of the States Gaming Commissions had no rules in place for this variant of jackpot poker. In industry circles, it’s what’s known as a “flop” game, thanks to the community card that players share.

Before Texas hold’em came along, all poker games what either draw-based or stud-based games. The necessity of new regulations resulted in a very slow spread of the game. Nevertheless, once regulators started approving Texas hold ’em, then its popularity at casinos across the country began to soar. 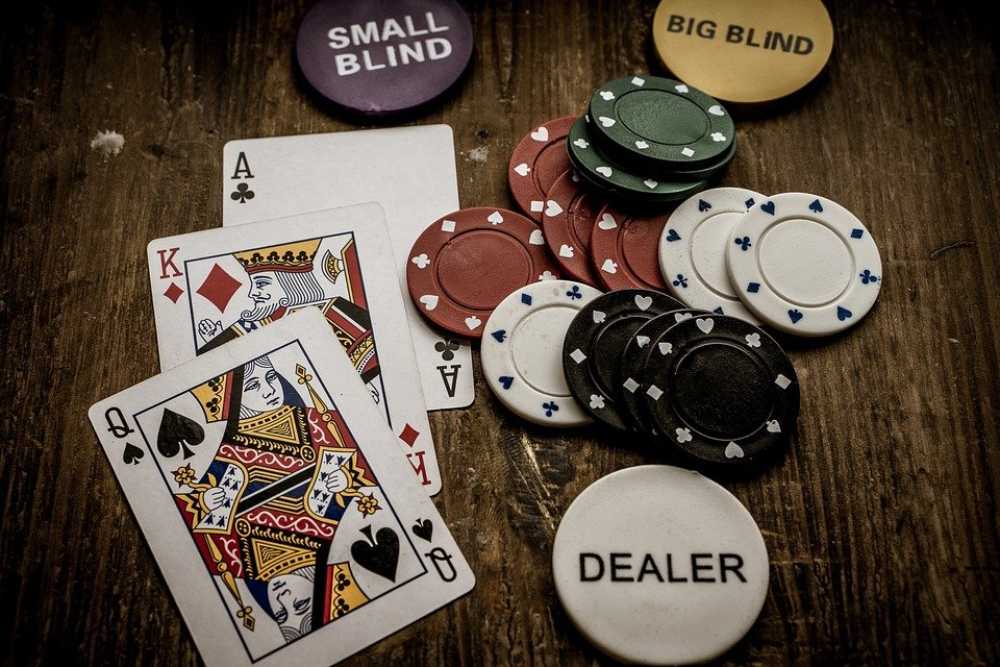 We should point out that in the late 1980s when California took a step to legalise Texas hold ’em, it wasn’t nearly as popular as it is today. Back in those days, Kansas City Lowball Draw and 7-Card Stud with the top casino games. However, once Californian players started to play Texas hold ’em, it became an instant hit. Suddenly all the casino players, from novices and casual players to veterans and professionals were enjoying this new variation of poker.

Thanks to the legalisation of Texas hold’em in California, the game moved from a fringe game played only for high stakes, to a regular casino game, open to all players at every betting limit. The game’s slight popularity at land-based casinos all over the West Coast took a turn for a positive boost thanks to a single event. This was directly responsible for ringing the game into the public eye. In 2003, Chris Moneymaker managed to win $2.5 million in the main event at the World Series of Poker. The huge publicity surrounding such a massive win suddenly propelled the game into the stratosphere. It could be said that Chris Moneymaker changed poker forever.

Though Moneymaker had his huge win in a real brick-and-mortar casino, it was later revealed that he won his seat at the table by playing online. In fact, playing at an $80 a hand satellite site. As you can imagine, this gave online poker a massive boost and almost overnight every gambler turned their hand to online poker. So you can thank the combination of the World Series of Poker, along with the growing popularity of online casinos, for helping to turn Texas hold ’em into the popular game we see today. Interestingly enough, when many people discuss the evolution of poker, they refer to this poker boom as the “Moneymaker Effect.”

When Texas hold’em first came into the marketplace, it was a relatively high-stakes game. Yet through so much competition amongst online casinos, the stakes gradually came down in order to attract the greatest number of players. Today there’s no need to be intimidated by the thought that you’ll need to be making a high-value bet when playing Texas hold ’em. For example, if you head over to 22Bet Casino, you’ll find betting table limits begin at just $0.30. This means your bankroll can stretch much further, thereby helping to increase your jackpot winning chances.

Why Do Casinos Love Texas Hold’em? 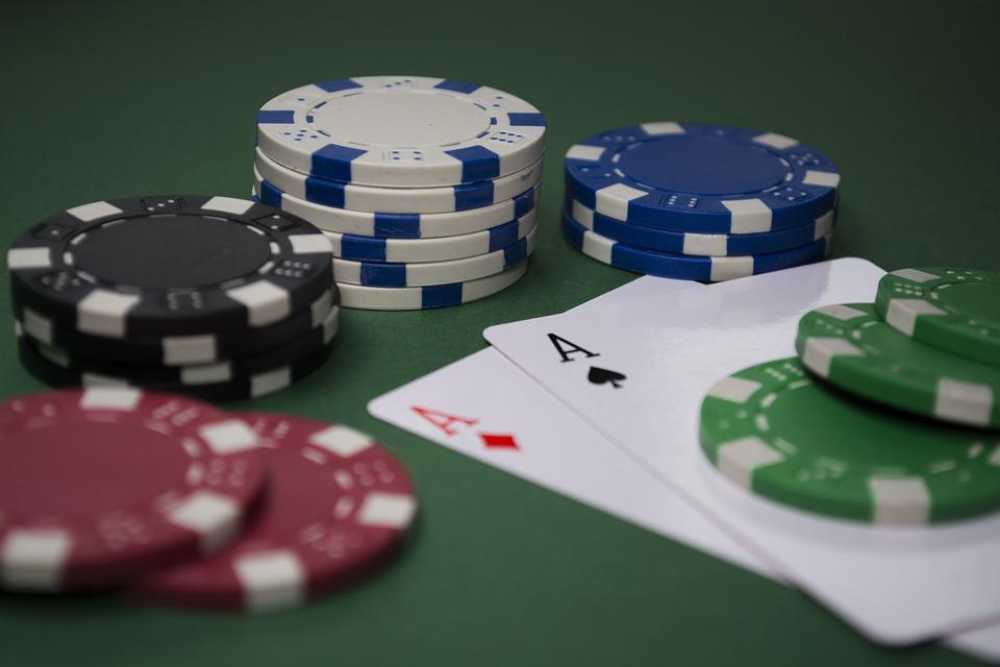 The journey of Texas hold’em takes us from gambling dens and back rooms to the World Series of Poker in Las Vegas. Along the way, it went from offering relatively small prizes to millions of dollars. But back in the early days, a casual low-limit game was difficult to find. At best, when playing at the brick-and-mortar casino, you would do well to break even. In fact, depending on the variation of the game offered, there was a good chance you could end up losing money. Of course, casinos are not charities. They’re in the business of gaining money not losing it. That’s the reason why in the early days of poker, casinos were focused on high-limit games. An unfortunate side effect of this was that it put off many new players from trying out the game.

Simply by the laws of supply and demand, if you have no new players coming to the gaming tables at the casinos, then eventually all poker action is going to dry up. There will no longer be any demand. What’s interesting is that, until the early boom of the 2000s, the chances of playing casino poker were actually drying up. Visiting any land-based casino to play poker and it was increasingly hard to find a game to play.

Texas Hold’em To The Rescue

This downward trajectory was only reversed thanks to the newfound popularity of this version of poker. As result, it actually solved many of the issues that casinos were having with their other poker games. These businesses learnt that it was much better to offer games to new players. These gaming tables didn’t take up much space on the casino floor. So it meant that casinos could add additional players to each table. Thereby increasing the bottom line at the same time. In other words, a win-win for both the casinos and the players.

Texas Hold’em Is A Fast Game

If you’ve been playing draw or stud poker, then Texas hold ’em is going to seem incredibly fast. Take notes, the casino will make their money by taking a small percentage from each pot. This means that it’s greatly beneficial to the casino to have a faster game. After all, the faster the game, the more money the casino makes. Land-based casinos still measure their revenue for each square foot of space. This affects all casino games in brick-and-mortar casinos as they are all measured in this manner. As you can imagine, the pit bosses and floor managers were quick to notice that they can make twice as much per hour utilising Texas hold’em as opposed to any other slower variation of poker.

More Players Seated At The Table 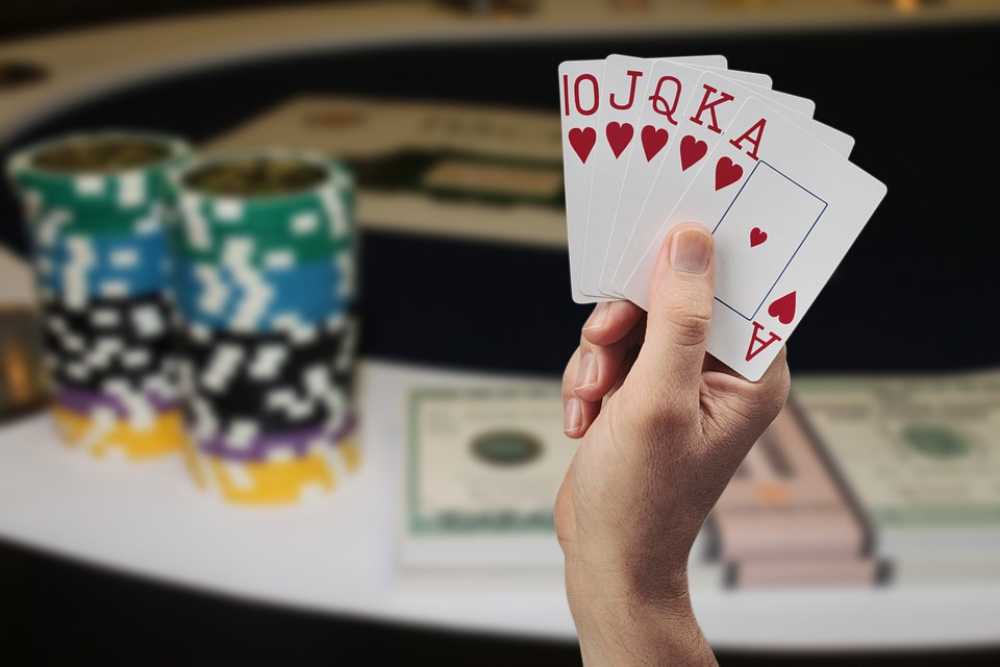 Not only that, but they’re able to get out more hands per hour. This is because Texas hold’em allows more players to be seated at the game’s table. Keep in mind that the vast majority of draw poker games are played 5 or 6-handed. Following on from this, you’ll see that the majority of 7- card stud tables are 7 or 8-handed. A Texas hold’em game almost always offers players a 9 or 10-handed game. As you can imagine, the casino needs to put less expense into running these games. Thereby they can reduce the number of dealers, gaming tables, and supervisors. These savings mean that Texas hold’em helps the casino to be much more profitable.

Texas Hold’em Is Easy To Learn

In truth, many new games can be tough to learn. It’s not just about learning the rules. But also about paying attention during the gameplay. Compared to this, Texas hold’em is an easy game to learn. You can explain the rules, jackpot winning strategies, and gameplay to a new player very quickly. As previously mentioned, all casinos live on the deposits from new players. Being able to attract them with a fast game with low stakes, and yet having a possibility of some big wings is a no-brainer. They say that Texas hold’em takes a minute to learn, but a lifetime to master. Nevertheless, today many new players give Texas hold’em a go, as it’s an exciting and quick low stakes game.

For a truly immersive and exciting Texas Hold’em poker experience, we suggest heading over to 22Bet Casino. Their live dealer poker tables give the same ambience as if you were in a real brick-and-mortar casino. But you can play from anywhere and at any time from your mobile phone. With a huge number of variants, as well as exciting betting options, it’s the best place to try and win the jackpot online.