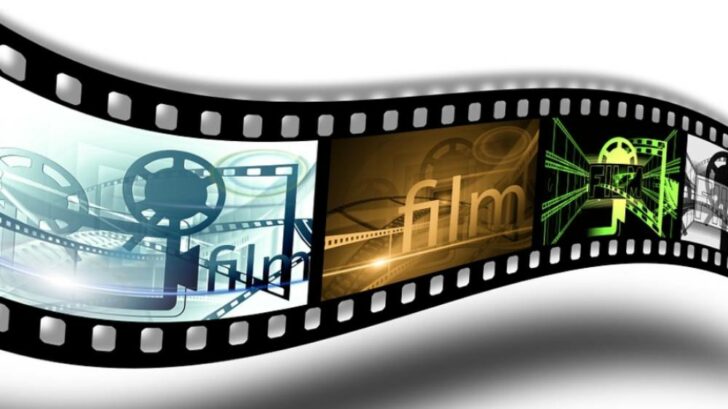 Having recently watched the Card Counter, we have to confess that it’s not the best gambling movie of all time, though not as awful as some absolute stinkers of gambling movies. But nevertheless, it does have something to offer. The film shows us some of the most popular casino games. As these jackpot games proceed, the protagonist explains the rules. So we’re able to spend a couple of hours walking in the shoes of a professional gambler. We learn how he thinks and acts at the gaming table. But we should point out that the story is much deeper and darker than just playing cards or card counting.

The Card Counter Film – Summary of the Plot

First, we should start by saying that this movie review will contain spoilers. Now with that out of the way, let’s have a look at the plot. Essentially, it’s the story of a certain William Tell, a gambler who spent 8 years in a military prison. During that time he taught himself to count cards. As a means of avoiding unnecessary attention, Tell developed a gaming philosophy that revolves around betting small and only taking modest wins. By doing so, he remains unnoticed. As such, he’s able to gamble at all the major casinos without being backed off. You’ll notice that he doesn’t gamble online, at a casino like 22Bet Casino, but sticks to brick and mortar casinos to win the jackpot.

William Tell gambles every day, but at the different casinos. Once the gaming session is over he doesn’t go to the casino hotel. He prefers to take a small motel room where he lives out of a couple of small suitcases. Interestingly enough, when he enters his motel room, he removes any decor and then wraps all the furniture in plain white sheets secured with twine. It’s as if he wants to leave no trace anywhere. One evening after entering a tribal casino to take part in a poker tournament, he discovers he is late and the final table is coming to an end. As he’s about to leave, he encounters La Linda, an acquaintance from the casino gambling world.

She has been following his career and recognizes his card counting skills. After explaining that she runs a stable of gamblers for a group of investors who back gamblers for a cut of their winnings, she offers a place to William. He refuses simply because he doesn’t want the burden of any outside responsibility. Later in the movie we see Will sneak into a security industry convention in Atlantic City which happens to be in one of the casinos he’s playing at. There’s a seminar being held by a retired major John Gordo. After spotting him, Will leaves almost immediately. But as he’s leaving, a young man comes up to him and gives him his number, claiming that in a roundabout way, they know each other. 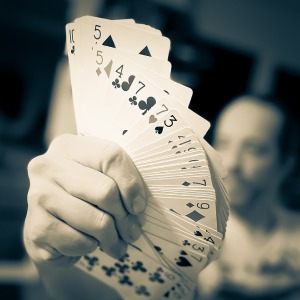 That night, Will has a nightmare. He finds himself back in the Abu Ghraib prison. There he’s being taught how to torture young men in the most degrading and humiliating means possible. Later on, that night, as it means of distraction from sleep, Will arranges to meet the young man in the hotel’s bar. The young man’s name is Kirk. He says that he already knows who William is. In fact, he tells William that his real name is PFC William Tillich. He also says that he knows that William was convicted for his role in the Abu Ghraib torture and prisoner abuse case.

He goes on to explain that his own father, Roger Beaufort, was also stationed at the same place. And in exactly the same manner, his father was also dishonourably discharged before being sent to military prison. Unfortunately, this traumatizing experience of both the torture and the prison led him to kill himself. Now Kirk wants to get his revenge. He wants to capture, torture and kill Gordo, as he sees the Major as responsible for both of their misfortunes. But Willian says that he will not seek revenge. He also tells Kirk that maybe he should come along with him as he travels the roads around different casinos. He does this as a means to keep Kirk away from the possibility of a violent life.

The following day Will calls La Linda to tell her that he’s interested in making an arrangement with her player’s stable. He goes on to say that he has some conditions. Namely that he wants her investors to back him at the World Series of Poker. The idea he says is to win enough money to help Kirk cover his debts and start a new life. Once that’s out of the way, then he will use the rest of the jackpot poker money himself to retire. But during the qualifying round in Panama City, Kirk tells William that he intends to go and kill Gordo. This angers Will significantly and he takes the young man to his motel room and confronts him with a harsh interrogator persona.

Then he presents Kirk with a lump sum of $150,000 from his gambling winnings. He tells the young man that he should not follow his vendetta, but rather use the funds to pay off his debts and then go to see his mother, who he hasn’t seen for many years.

The Card Counter: At Gunpoint 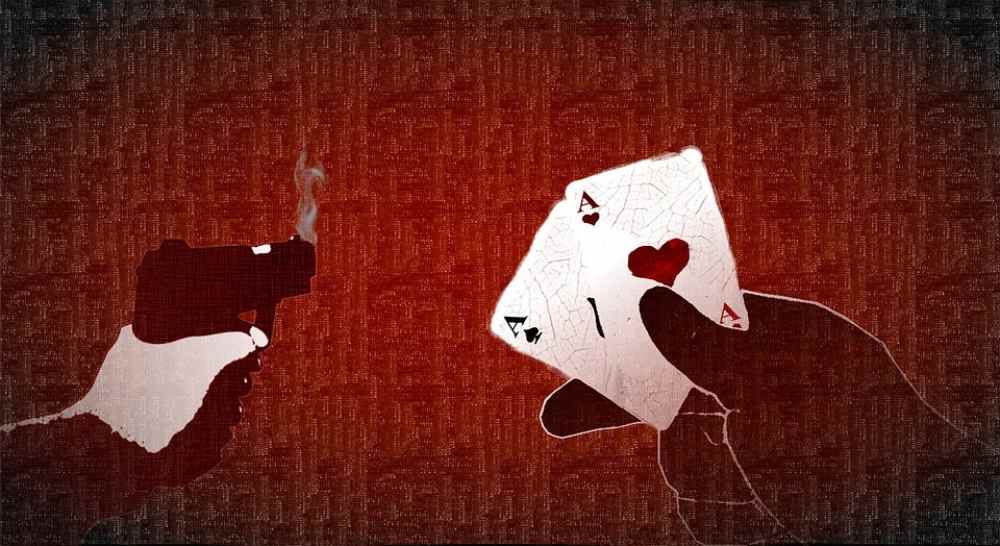 That evening, as Will goes back to the tournament, he’s accompanied by La Linda with whom he’s begun the relationship. When Will takes a break from the competition, he receives a text message from Kirk saying that he still intends to go ahead and kill Gordo. This news completely unsettles Will and he walks out of the tournament. Nevertheless, he’s too late. Later in the bar, he sees a news report showing that Gordo has managed to kill an armed home intruder. It’s at this point that Will begins the final act of the movie which culminates in a bizarre, bloody and shocking end.

We should point out that the writer and director Paul Schrader, is considered a demigod in Hollywood circles. This is no surprise considering that he’s written four of Martin Scorsese’s most famous films, including Taxi Driver and Raging Bull. When it was announced that Schrader was directing a movie he had written, all the film critics picked up their ears. We must confess that in an age of brain dead CGI movies spewing forth from, for example, the awful stale and boring Marvel Cinematic Universe, Schrader’s film is a welcome breath of fresh air. Yet, on the whole, the movie wasn’t so well received by the public. Certainly not as well thought of as by the critics.

A shining example of this is the Rotten Tomatoes score; critics give it a massive 87%, whereas the public only 42%. That’s a huge bridge that really shows just how out of touch the critics really are. The IMDB page gave the Card Counter a middling 6.3 rating. Perhaps is a symptom of filmmaking today. The money can set up the last act of the story to be engaging while the rest of the journey to get there is much less so. Some critics point out that the first acts are boring to the point of being tedious. After all, the story takes us from one casino to another, yet gives us no idea as to where we’re going. Even worse, for the main protagonists, it gives us no reason to care. Oscar Isaacs plays William in a performance that’s been labelled as “searing” and “stunning”, as well as “magnetic.” 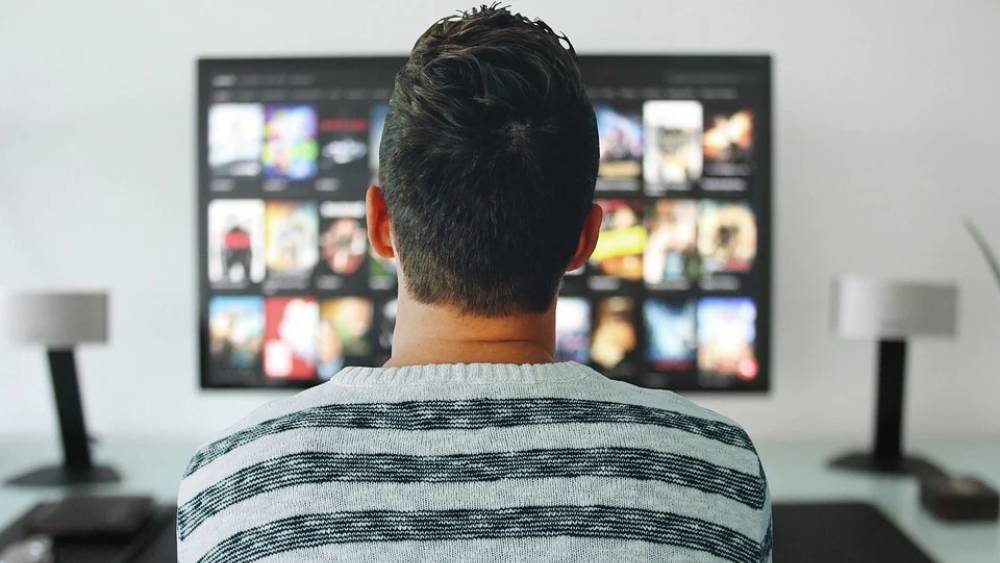 But other characters such as Willem Dafoe playing Major Gordo, don’t really have enough screen time to be able to make an impression on the audience. One thing many critics pointed out is that the conversations in the film feel heavy-handed. In some respect, it reminds one of the efforts of a first-year film student who’s desperately attempting to prove their mastery of a new medium. If you want to practice your mastery at the casino gaming table, then head over to 22Bet Casino. They have every game under the sun. They also offer all new players a great welcome bonus of 122% up to €300, which will certainly help to increase your jackpot winning chances.

In spite of these shortcomings, the cast performance received both mixed public reaction as well as positive critical feedback. Though the audience liked the way that Isaac’s portrayed William, they found the character as written to be woefully lacking in substance. Then you have the two supporting characters of Lo Linda and Kirk also written in a hard and blunt manner. Perhaps it’s this writing methodology that has created characters without empathy. So it’s difficult for the audience to truly care about any of them.

Though we enjoyed the film, we must echo the criticism of it being a very slow burn, leading up to a climax that’s both bizarre and deliberately leaves much of the plot up in the air. All in all, a typical Schrader movie. Full of nihilism, the main protagonist is a broken man, trying to make sense of and find meaning in his life.