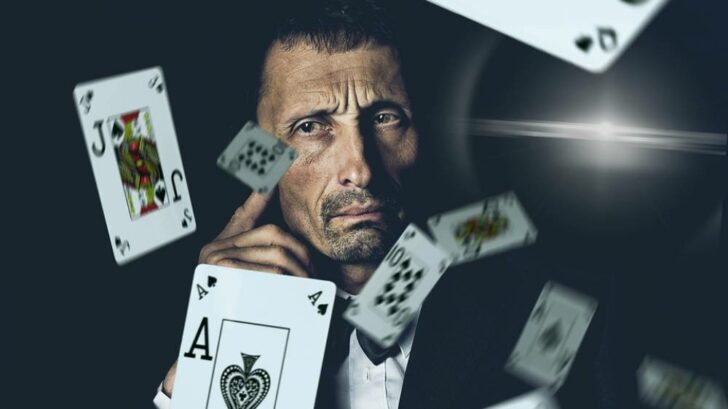 The ‘Gambler’s Fallacy’ And Psychology

As adults, most of us like to think that we are capable of making logical decisions. We see ourselves as objective beings. And when going to the casino, we believe that any decisions we make are in our own best interest. But this is a slightly false picture. In reality, we all have biases and there are such things as “cognitive blind-spots.” These will affect our strategies and the way in which we play. Unfortunately, this is going to be the same story whether we’re playing at a real brick and mortar casino or online. In the back of our minds, there are things going on that can negatively affect our decision-making and therefore our outcomes. Probably one of the most popular of these biases is the gambler’s fallacy. And it can certainly affect our chances to win the jackpot online.

What Is The Gambler’s Fallacy?

By definition, the gambler’s fallacy, which is also known as the Monte Carlo fallacy, happens when an individual mistakenly believes that certain random events are less likely or more likely to happen, based on the outcome of a previous event or a series of previous events.  Obviously, this line of thinking is incorrect. We all know that past events have no impact on the probability that a certain event will happen in the future. In simple terms, past events have no effect on future events.

Probably one of the easiest ways to illustrate this is when someone flips a coin. Let’s have a look at how people predict the results of the next spin. Now imagine that you flip a coin 5 times and it lands on heads for each of them. Now logically there are one of two ways to think about what the next coin toss  result will be:

Some will say that because the coin has already landed on heads so many times then it’s probably going to land on heads with the next coin toss. This is a crystal clear example of the gambler’s fallacy. That’s because absolutely none of the previous coin tosses matter. Every time the coin flips, you will have exactly the same odds of it landing on heads or tails. It’s immaterial how the coin landed with previous flips. In other words, the odds start anew with every new flip of the coin.

Winning And Losing Streaks Are Irrational 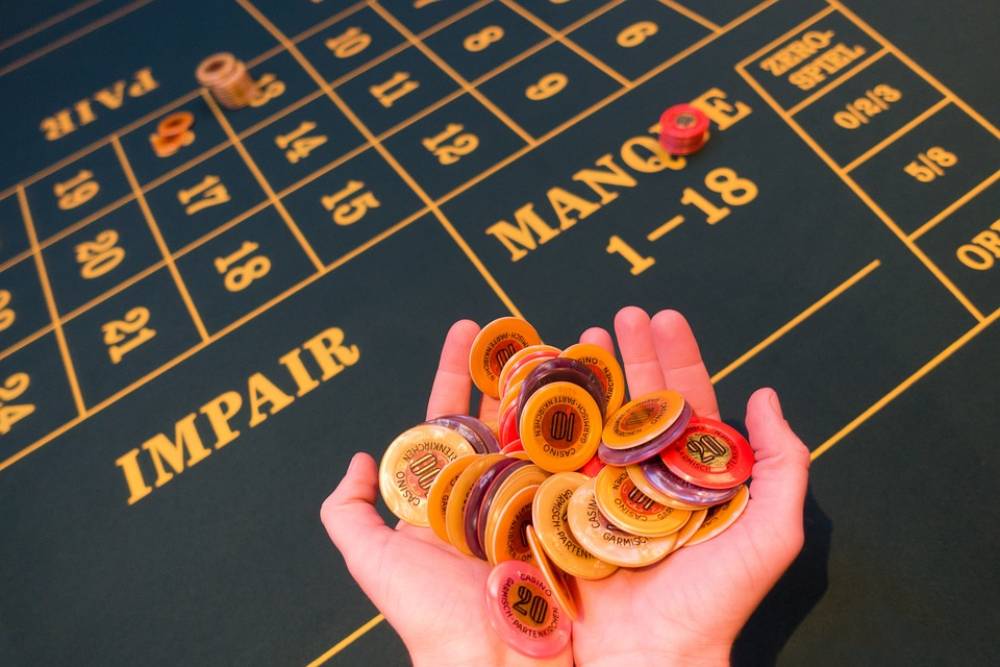 We suggest that this is one of the most important concepts for any gambler to understand before they head off and start playing casino games. It doesn’t matter if your jackpot game of choice is craps, roulettes or online slots. You particularly see this behaviour when a gambler is experiencing a losing streak. They mistakenly imagined that their run of bad luck would end if they just kept on playing. The reverse is also true if you come across a gambler who’s on a winning streak. They may feel that it’s impossible for them to lose and therefore, not only do they make bigger and bigger bets, but they also bet with all the money they have previously won.

For a better understanding of how the gambler’s fallacy functions we should look at some more common casino games.

The Gambler’s Fallacy And Roulette

If you stand around the roulette table in a casino for any length of time you will be able to experience the gambler’s fallacy first-hand. Now imagine someone’s placing a bet on red or black and they see that the black wins a number of times. Then they will be inclined to believe that the black is next. This is because it’s previously won so many times before, meaning will win the next spin of the wheel. Another gambler will insist that with so many blacks won before, then it’s “time” for the red to win. But in the same way that the coin toss odds begin with each new flip, so it is with the roulette wheel. Every time the dealer spins the wheel then the odds revert back to zero. In other words, the previous result cannot affect the next.

Interestingly enough, it’s a game of roulette that gave the gambler’s fallacy its alternative name of the “Monte Carlo Fallacy.” In a game of roulette hosted at the Monte Carlo Casino in 1913, the ivory ball landed on black 26 times in a row. The probability of this happening was 1 in 136,823,184! As you can imagine, many gamblers were certain that the next spin must be a red. It’s easier to see how much money must have been lost as the number of black pockets wins kept on increasing. You’ll be hard pushed to find such bad luck in today’s online casinos. We love to play live dealer roulette at 22Bet Casino. Not only are the games great, but they also offer all new players a fantastic welcome bonus of 122% up to €300!

The Gambler’s Fallacy And Slots 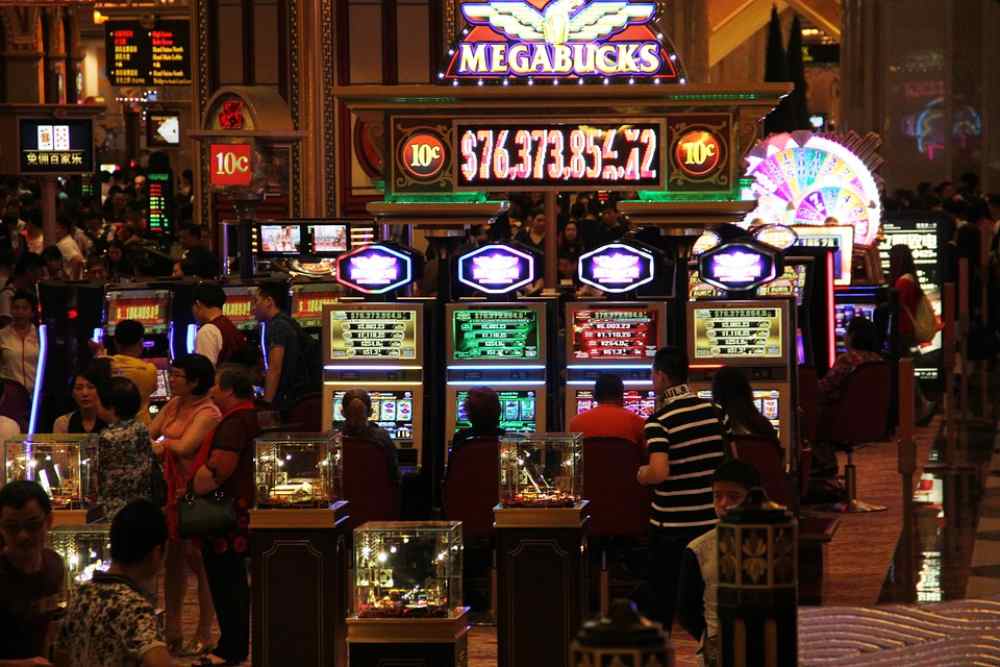 When you take a stroll around the casino gaming floor to where the jackpot slots are situated, then stand and watch someone playing. After a while, you’ll probably see a couple of examples of the gambler’s fallacy at work. Let’s say someone is on a losing streak and they get up to move to another machine. This implies that they believe that the original machine was “unlucky.” And that by trying another one, their luck will change. What’s interesting is that as soon as this player stands up to find another “luckier” slot machine, another gambler who is also looking for a luckier machine will sit down in his place. Their actions are both illogical and almost comical.

Neither of these players is going to experience the “better” luck that they believe they will find. Simply swapping slot machines will make no difference. These machines have built-in random number generators (RNGs). These are software programs that do not take into account the results of previous spins.  They are set up to provide totally random results. We know this because the RNGs are constantly under audit by third-party companies. This is to ensure that they remain absolutely random. This forms part of a casino’s stringent licensing requirements.

The Gambler’s Fallacy And Poker

Both online and traditional poker games require some level of skill. Yet having said that, we can still see the gambler’s fallacy applying to each new round. Some players believe that the way a hand played out in a previous round will affect the play of the next hand. The player’s bankroll will change from hand to hand and round to round. One of the most basic of all jackpot winning strategies is that it’s important to treat each hand as if it’s new. We suggest that you head over to 22Bet Casino to see how you deal with this phenomenon. They have a huge selection of casino games including many with live dealers. See if the gambler’s fallacy affects your gameplay and betting. 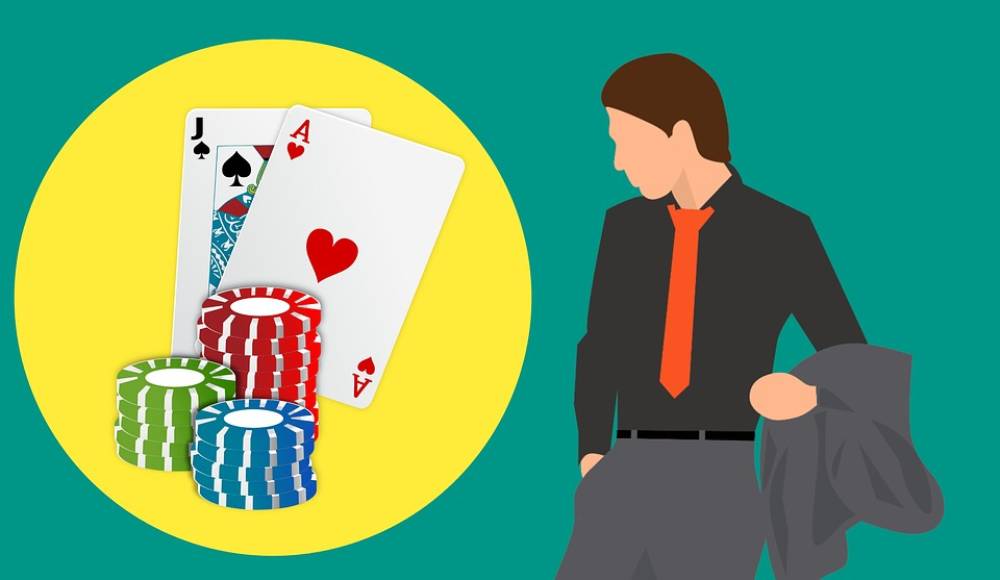 Because we all have built-in biases it’s very difficult to circumnavigate at least some forms of the gambler’s fallacy. We believe that no one is immune to this way of thinking. Even if it’s only a small part of the gambling process. That’s because it’s only natural that our brains will look for patterns of behaviour. After all, this is how we make sense of the world around us. So it doesn’t matter how often you gamble or where you choose to do so. What’s important is that you are aware of your own cognitive bias. And that it will be playing some role in the game at hand. Hopefully, you will be self-aware enough to recognise when you are beginning to travel down this illogical road and apply the brakes.

Now you’re able to identify what the gambler’s fallacy is, then it should be easier to try and avoid it. Because you want to stretch your bankroll further, then it’s important to sidestep any forms of bad gambling habits or behaviours. But keep in mind that though you may be aware of the risk of the gambler’s fallacy, it doesn’t mean that you’ll be able to stop yourself every time it crosses your path. Here at Jackpotfinder.com, we suggest that you try approaching every game as if you were totally new to it. Try to imagine that the game at hand has no “memory” of the last round or hand that was played. In this way, you should play as if you just started around or hand. Even though you may have sat at the casino games table for some considerable time.