Action Ops: Snow and Sable Jackpot Analysis Our very own Action Ops: Snow and Sable review is here to break down the Microgaming slot. From small details like the features involved to the general outlook and view of the game. We look at it all. The online video slot consists of a Free Spins game mode which is the most profitable way of making a killing in this slot. You're going to want to stay in the Free Spins round for as long as possible. For some symbols, you only need to match up two symbols to record a win. Tune in for more info. 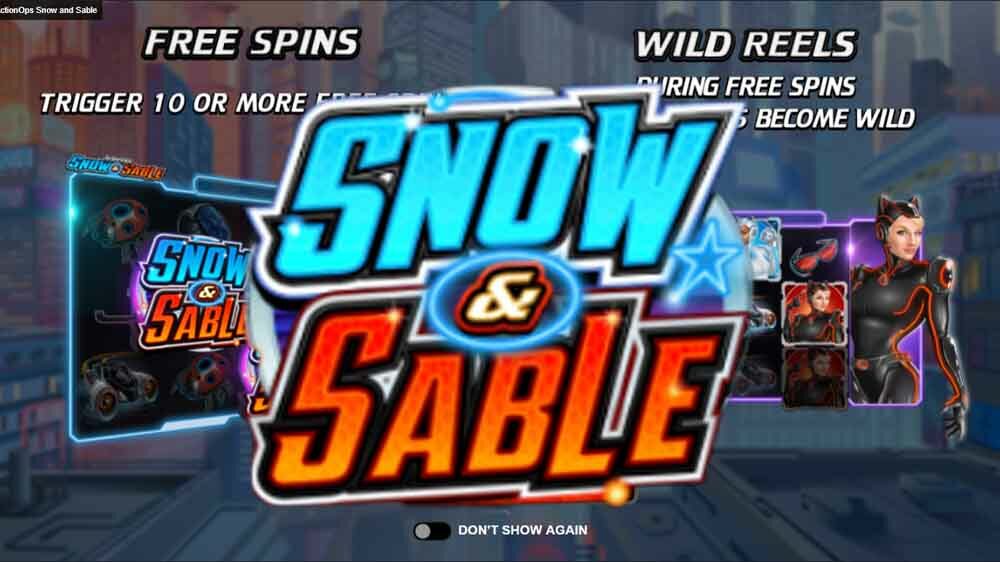 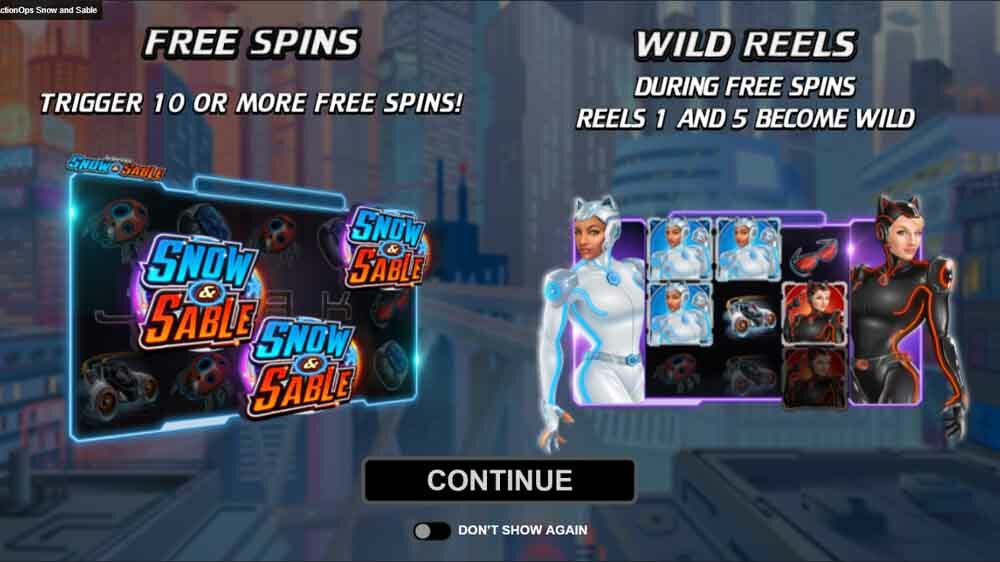 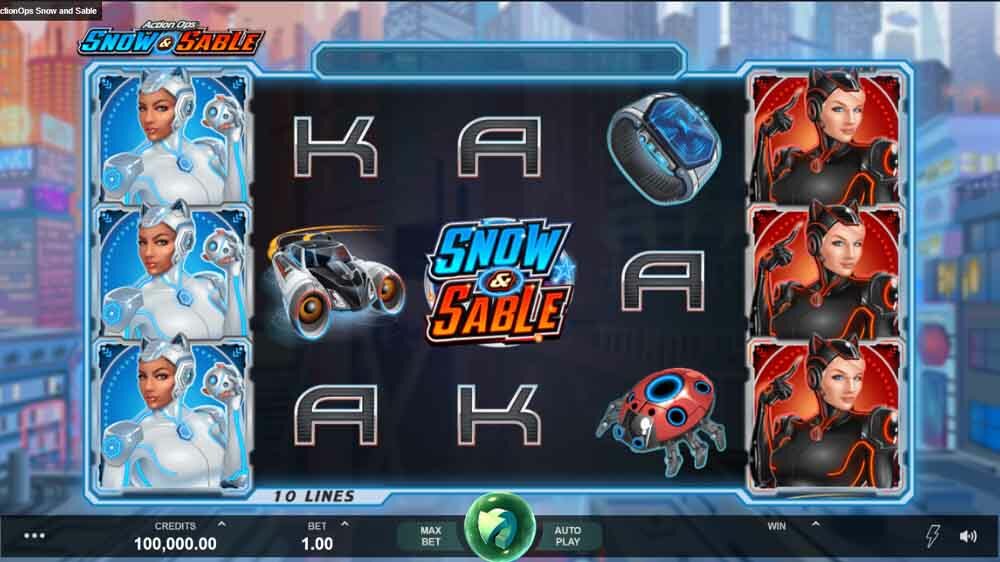 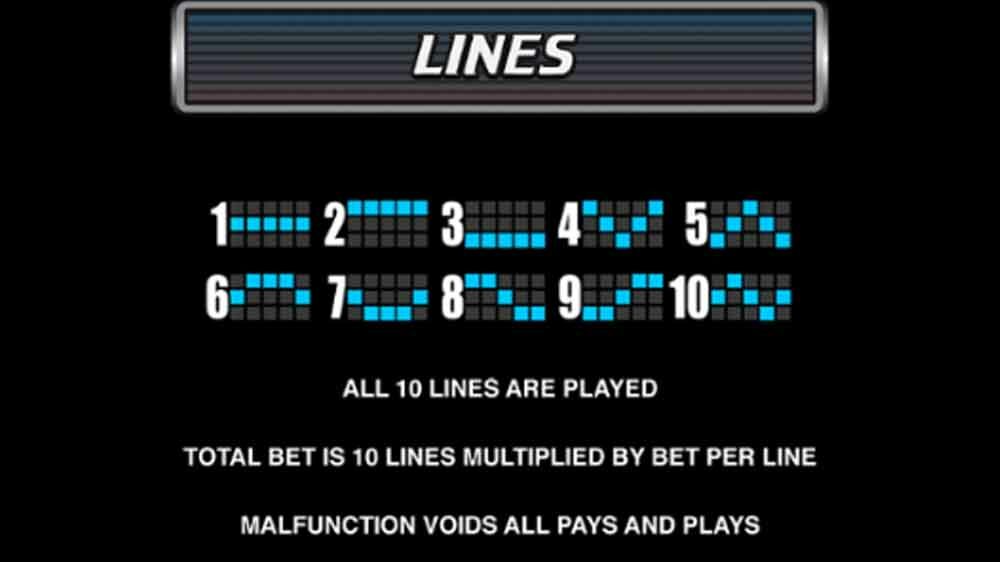 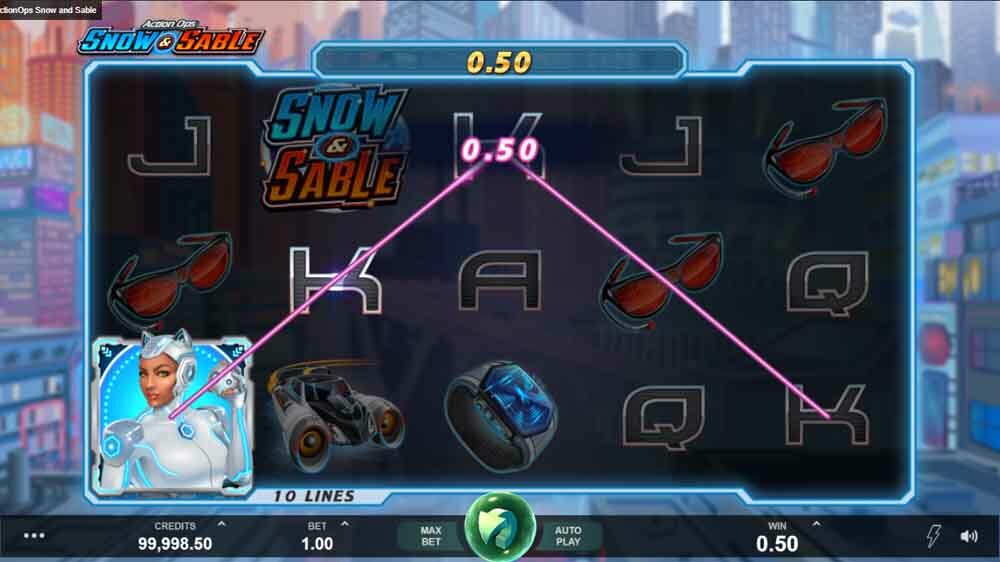 Action Ops: Snow and Sable is an awesome slot from Microgaming. The action-themed futuristic game is set in Aurora and was released in 2018 from the software provider group. It is mobile friendly and allows you to claim an unlimited amount of re-triggers in the free spin’s bonus round. Within this Action Ops: Snow and Sable jackpot analysis, we take a look at all the details for this slot.

First and foremost, Action Ops: Snow and Sable is a 5×3 slot that offers 10 paylines. The game is set in Aurora, which is a futuristic city. Released in 2018, the slot puts crime lords against the futuristic police. The police force is led by Snow and Sable, two beautiful officers with all the high-tech future gadgets attached.

The most impressive thing about Action Ops: Snow and Sable is the free spins round and wilds. Both Snow and Sable symbols are wilds, meaning you have got two to play with here. In addition, they expand during the bonus game, but more on that later.

When analyzing Action Ops: Snow and Sable in greater detail, the title is pretty impressive. You can place between €/£0.10 and €/£100 per spin. In addition, you can alter the stake by using + and – buttons found next to the spin button.

According to our Action Ops: Snow and Sable jackpot analysis, the slot has an RTP of 96.03%. In addition, it is a very volatile slots, meaning you can expect some big winners. Lastly, there is a maximum win worth 1,000x your stake.

As previously stated, Action Ops: Snow and Sable has a futuristic feel to it. The game is set in the futuristic modern city of Aurora, where crime has peaked. You are tasked with helping both Sable and Snow in defeating crime. The two are both detectives in the police force and are equipped with some awesome gear.

When it comes down to symbols, Action Ops: Snow and Sable has got two different types. The lower and higher value symbols. In terms of the lower value symbols, you can expect to see the royals 10, J, Q, K and A. In addition, the higher value symbols include sci-fi cards, watches, bugs and cars. They all look very futuristic and appear to be some awesome new gadgets from the future.

You can also come across both Sable and Snow. Sable is a blonde wearing black gear whilst Snow is a brunette wearing white gear. Their gear is very high-tech and looks as though it has been inspired by cats.

There are three wilds in the game. Namely, Sable, Snow and the Action Ops: Snow and Sable logo. When Snow or Sable land individually, they are just normal high paying symbols. But when they land together on a single spin, they will appear as wilds. This means they can substitute everything barring the scatter symbol. If you land 5 wilds across a payline, you will claim 100x your stake.

There is another wild, that is the logo. The logo pays slightly less than the other, with only 50x your stake for landing 5 across a payline. However, it is important to note that both Snow and Sable wilds can appear as Stacked wilds. That means that the wilds will appear on all reels from top to bottom, filling up the entire reel.

If you’re curious to try out Action Ops: Snow and Sable for yourself, simply head on over to one of our many Microgaming casino sites. You can find the full list at the top of this slot review. The visuals and presentation for this slot are second to none, with crystal clear clarity as well. As for the gameplay, it is simple, which makes Action Ops: Snow and Sable very simple to grasp. The slot uses the modern HTML5 technology.

You will be able to play this slot on any mobile device or smart machine. That includes the likes of iOS, Android, Mac, PC and Tablets too. Playing Action Ops: Snow and Sable on even the smallest of screens will not be a problem either.

There is only 1 main bonus feature in Action Ops: Snow and Sable. Namely, the free spins bonus round. In order to trigger this, you will need to land at least 3 scatters. Next up, we take a look at the bonus round individually.

The Free Spins is triggered by landing 3 Scatter symbols, represented by the game’s logo. If you land 3, 4 or 5 scatters, you will win 10, 15 or 20 free spins. In addition, that payout for the scatters is 2x, 10x or 100x your initial stake.

During the course of the bonus round, both Snow and Sable can appear. When this happens, they will appear stacked on reels 1 and 5. They randomly change positions with each other but will typically cover up the first and last reel, making it wild. This helps you form winning combinations.

You can also trigger additional free spins by landing 2 or 3 more scatters. By doing so, you will receive 5 or 10 free spins respectively. The good thing here is that there is no limit on how many additional free spins you can claim. You simply just need to keep on re-triggering them. It is essential to stay in the free spins for as long as possible, given that the 1st and 5th reels will be wilds.

As we look at the Action Ops: Snow and Sable video slot in full, unfortunately, we must tell you that the slot lacks a lucky jackpot prize. This is truly a bummer considering how well it excels in other departments.

The slot will be rewarding when you manage to land the 1,000x maximum win amount. Just think of it, on a maximum bet of €/£100, that’s a staggering €/£100000! If you’re not too impressed, head on over to our latest jackpot ratings to find many different slots with life-changing rewards.

Thus, to conclude this Action Ops: Snow and Sable jackpot analysis, we’ve got to give it up for Microgaming. The online software supplier group have proved their worth in gold with another futuristic female driven slot that’s instantly become a classic.
Whilst the gameplay is rather basic, this makes up for a straightforward gamer experience and enjoyable time. It is highly recommended for newcomers to try out Action Ops: Snow and Sable because of the simplicity which the video slot offers.

If one were to try it out for the first time, the best recommendation we can give you is to spin a few times without any cash put down at first. That way, you’ll be able to get a feel for the title and realize if it’s what you want to play or not. The alternative is just a click away to check out other jackpot games which may be more attractive for you.