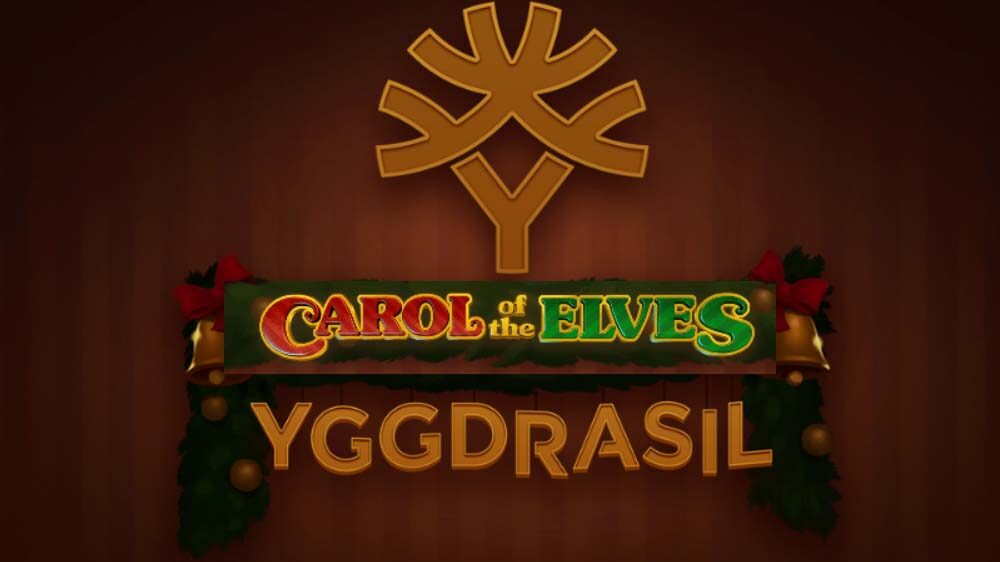 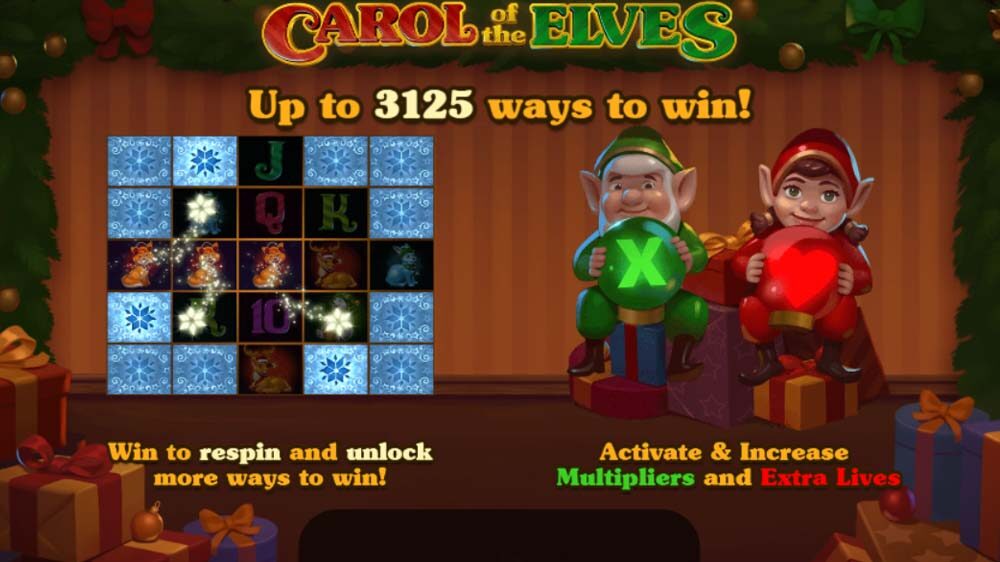 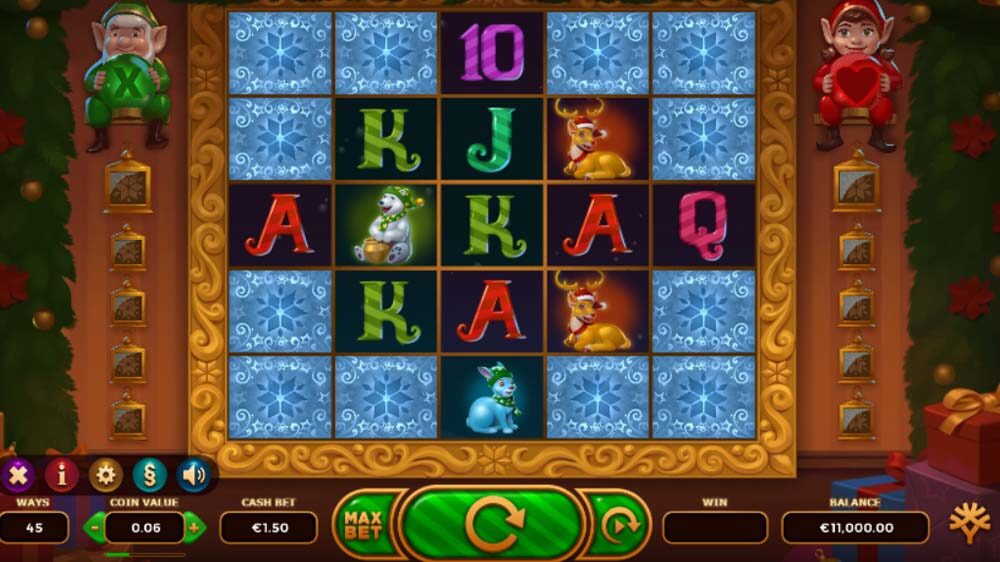 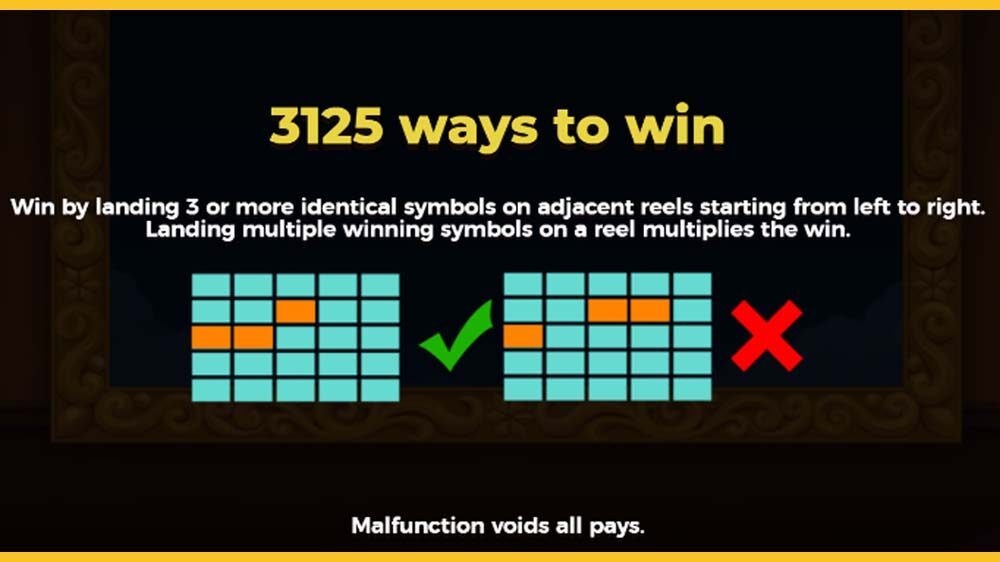 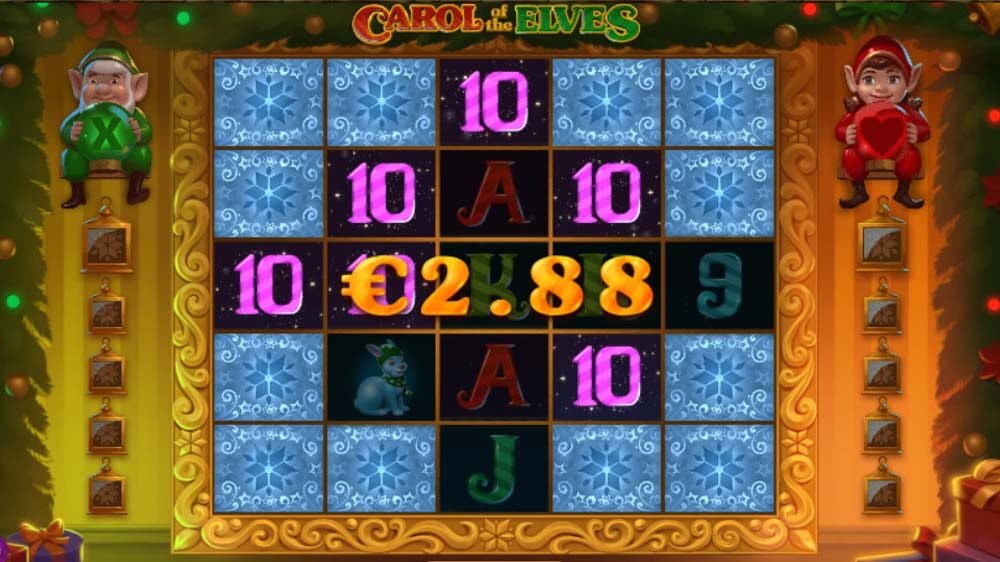 Carol of the Elves is the latest Yggdrasil slot to be released and it’s an absolute banger. To get into the festive mood and make Christmas all about winning bucks, you’re going to want to tune into this video title. Within this Carol of the Elves jackpot analysis, we break down all the best and worst bits of what you are to expect from this video game. Let’s get to it.

Carol of the Elves Jackpot Analysis: An Introduction

Carol of the Elves is the front-running video slot this year with exceptional graphics, an easy to understand mechanism and some pretty awesome winning features. The title itself is a 5×5 grid but with a little bit of a twist. In order to access the full length of the layout, i.e: all the reels and rows, you’re going to have to play well. Some positions on the reels are locked at the start and will unlock depending on how successful your game is going. To begin with, you start off with a sort of plus shape (+).

The game has got a fine selection tune playing in the background with some gentle sounds of bells ringing in rhythm. On either side of the reels, you’ll see two elves who get animated once you start unlocking positions on the reels. At the start, you’ve only got 45 possible ways to win. However, once you’ve freed up the reels, there’s a total of up to 3,125 ways to win should everything go your way. Moreover, you’re more than capable of bringing in extra lives and multipliers too.


Carol of the Elves is a top-notch video slot by Yggdrasil. The online software company is considered to be one of the best jackpot game providers out there on the net. When playing this title, you’re going to generally be up against an RTP of 96.2%, which is relatively decent. Players can place a wager ranging anywhere between €/£0.10 to €/£150 per round. This makes Carol of the Elves an ideal slot for both low and high rollers alike.

What can be said about the design of such a game is that it truly captures the Christmas spirit. Indeed, because this slot is such an exceptional piece of work, you may find yourself playing this game in the middle of a hot July day. If you see past the winter-theme, you’re actually going to find a unique game which can be very enjoyable and profitable too.

Carol of the Elves has got quite a few neat little tricks to it. You’ll find all the basic royals from A to 9 which are the lowest paying symbols in the game. The slightly higher rank of symbols is depicted as friendly looking animals all wearing a scarf and hat. The Reindeer and Polar Bear in a Christmas hat with some finely wrapped presents in front of them are my favorite of the lot. Naturally, the reindeer is the most rewarding symbol of the lot, giving you a total of 2, 6 or 20x your total stake, depending on how many of them you land in a winning combination.

The slot is accessible on all platforms including Mac, PC, iOS, Android and Tablet. The game itself is well designed and doesn’t disappoint on any of the devices which is fantastic. Even on the smallest of screens, you’ll still be able to play Carol of the Elves without any issues.

Now that all that’s been covered, we get to the good bit. Onto the bonus features, Carol of the Elves is certainly a slot to keep you on the edge of your seat. The game is said to have a hit rate of just over 22%, meaning that you’re going to be landing a win every other spin.

The primary target of yours will be to access the Respin feature. Once you get there, you’ll be able to destroy Blockers and free up positions on the reels. As mentioned before, you start off with only 45 possible ways to win. However, once you land a winning combination, you’ll see a Magic Star which destroys a few Blockers. The elves at the side of your screen will also look in awe and cheer you on as well. Each and every time a Blocker is removed, you’ll have an increased amount of ways to win for the following spin. It is also possible to get on a good roll of successive respins and free up the whole of the grid, allowing you to play with the total 3,125 ways to win. Here’s how the numbers pile up:

In order to access the full grid, you’ll be required to land 3 consecutive respin wins. If you have a winless respin, unfortunately the reels will revert to their original 45 ways to win state. That is to say, the Blockers will come back into play. You’ll need to free up as many positions as you can by taking advantage of the respins when they come your way.

Next up is the multipliers. When you’re fortunate enough to free up the reels from Blockers, you’ll be able to claim some multiplier boosts. First and foremost, you’ll receive a boost of 2x for when you manage to unblock all of the reels.

If you can land a respin winner from a blue, teal or green symbol, you’ll receive a Magic Star. This is collected in a meter at the left side of your screen just after the furthest reels. The meter fills up depending on how many winners you’ve landed in the combination. For instance, 4 symbols would add 4 Magic Stars to the meter. Three would add three and so on. Whenever you claim 5 Magic Stars, the meter will drain itself and go back to being empty. However, you will benefit from a +1 boost to your multiplier bonus. That is to say, 2x will move up to 3x and so on. When you’re unable to claim a win on a respin, the reels go back to their original state with a 1x multiplier.

Last but not least is the Extra Lives bonus. This is a perk that allows you to receive a second chance for playing a respin. Thus, whenever the reels are totally unblocked, you’ll receive 1 extra life. This keeps you in play following a winless respin.

But that’s not all. Whenever you claim a respin win with an orange, purple or pink symbol, you’ll also add up Magic Stars to a separate meter on the right side of your screen. Just like before, you will receive 4 Magic Stars for 4 winning symbols. Once you collect 5 Magic Stars, you’ll be rewarded with an extra life. The reason you’ll want to hang onto as many of these as you can is to make sure that you have as much chance as possible to land a win on the respin and claim an additional multiplier – plus freeing up more positions and receiving more ways to win. Once you’re completely out of respins and lives, you’ll go back to the standard starting position of the game.

For all the positives which can be listed for Carol of the Elves, there are also some negatives as well. The biggest disappointment in our books is that the Yggdrasil video slot doesn’t come with any sort of jackpot prize. But it’s not the end of the world.

Thus, to conclude this Carol of the Elves jackpot analysis, we’ve got to give it up for Yggdrasil. The online software supplier group have yet again proved their worth in gold by adding an exceptional festive game to the ever-growing collection of Christmas-themed slots. Because of the unique design, we can well believe that there will be many slot fans who will play this video slot all year round.

Carol of the Elves is probably one of the most exciting up and coming Christmas-themed video slots in the industry. Although the lack of free spins feature is well and truly missed, the respins more than make up for it. Particularly as they’re automatically triggered after each and every win. The game offers many boosts, especially the Magic Stars for receiving multipliers and extra lives. If you’re looking to play a video slot with a unique gameplay and a completely different vibe, we highly recommend playing Carol of Elves. You will probably love the winter tunes in the background but if you’re playing in the middle of summer that’s also not an issue. Thankfully, Yggdrasil installed the slot with a mute button. Alternatively, you can play one of the games on our latest jackpot ratings instead.