Hugo Carts Jackpot Analysis Our very own Hugo Carts review is here to break down the Play'n Go slot to a tee. From small details like the features involved to the general outlook and view of the game. We look at it all. The online video slot consists of a Free Spins game mode which is the most profitable way of making a killing in this slot. You're going to want to stay in the Free Spins round for as long as possible. For some symbols, you only need to match up two symbols to record a win. Tune in for more info. 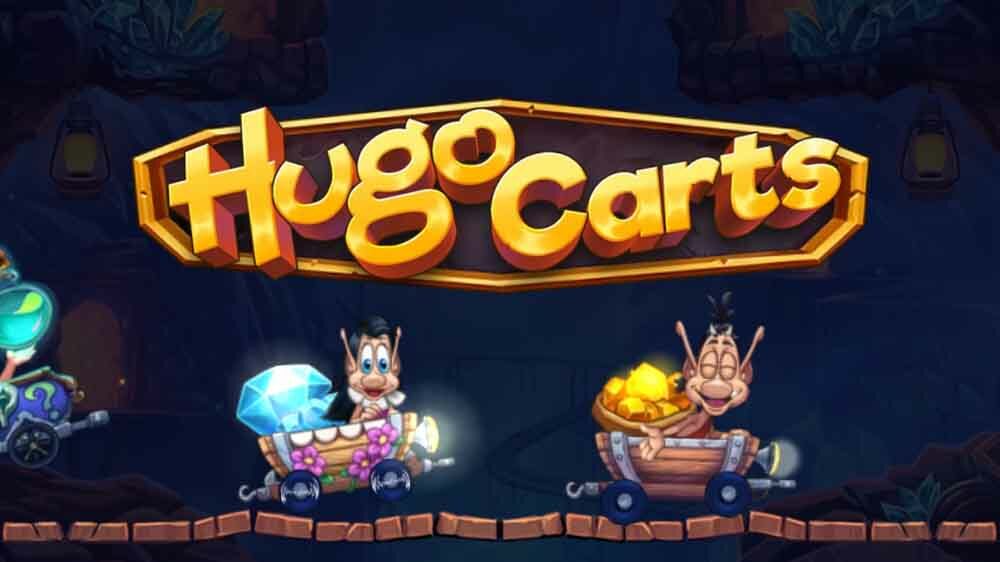 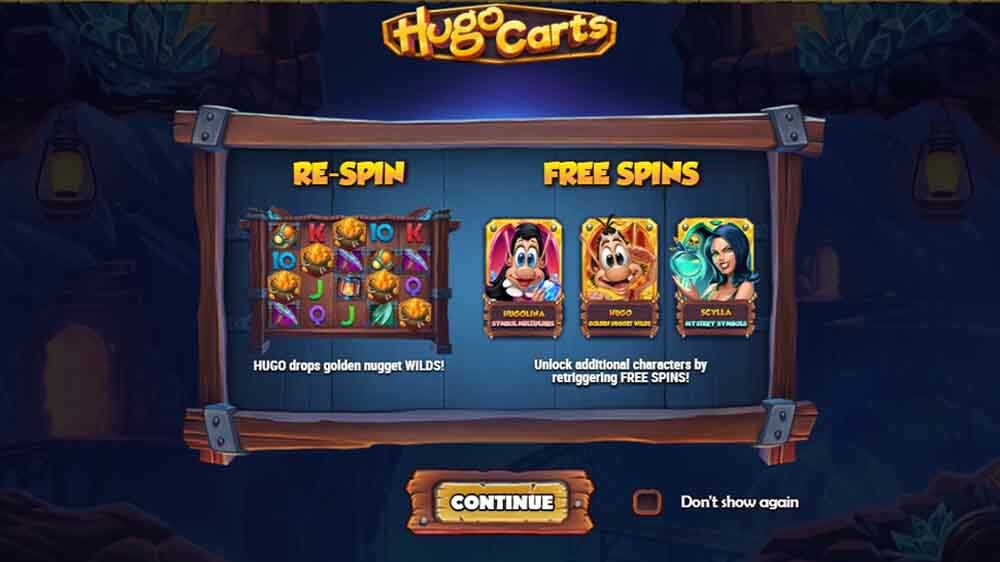 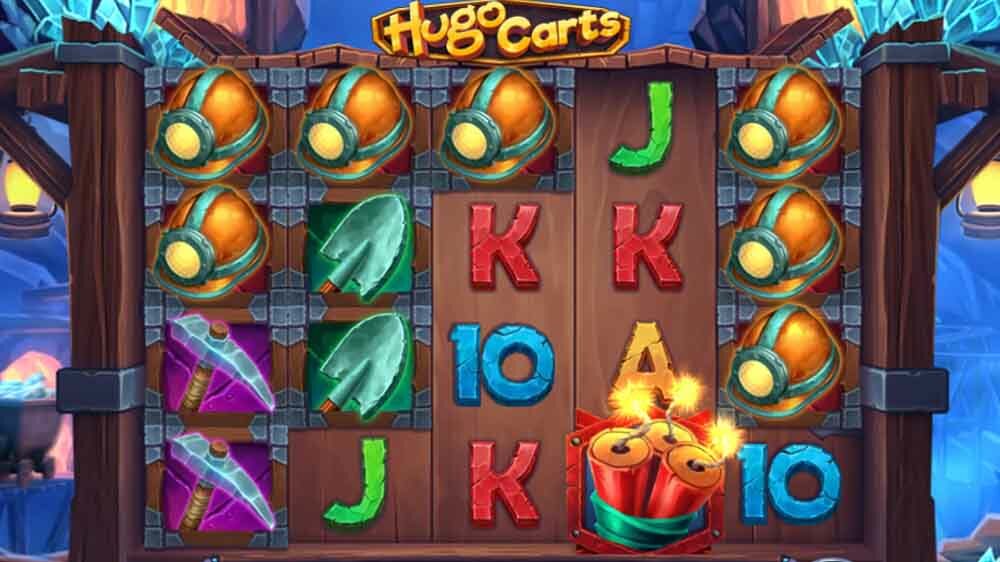 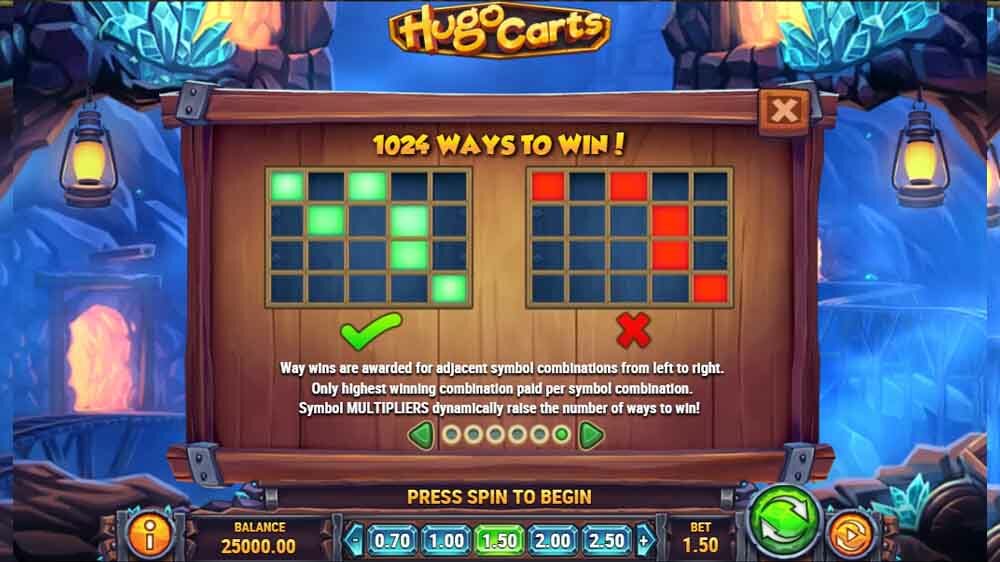 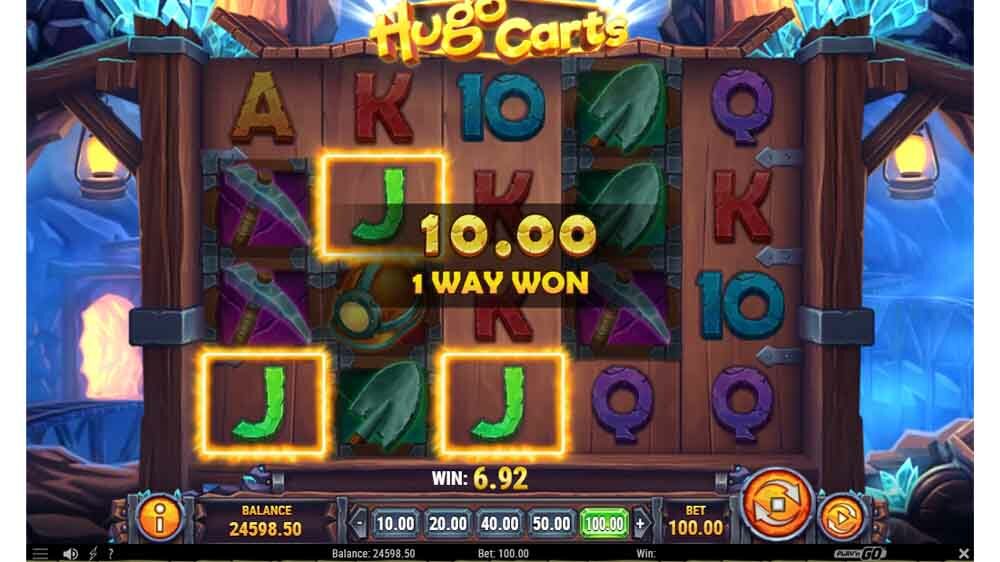 One of the most anticipated launches in 2021 is the highly rated Hugo Carts by Play’n Go. The online video slot is based on the mischievous looking troll characters, Hugo and his wife Hugolina. Within this Hugo Carts jackpot analysis, we break down the online slot to a tee and find what makes the special features tick. Have a read through to find out more.

First and foremost, Hugo Carts is played out on a 5×4 grid, whilst offering up to 1,024 ways to win. Whilst the number of ways to win is high, it is also possible to adjust this total by making the most of special modifiers in the feature list for this slot. But more on that later.

In order to form a winning combination, players are required to land 3, 4 or 5 matching symbols or wilds from left to right. These combos must always start from the 1st reel – the leftist on your screen – and can form by matching symbols on adjacent reels.

In terms of betting stakes, Hugo Carts offers players the chance to vary their wager between €0.10 and €100 per spin. This is ideal for both low and high rollers as the range is fairly well distributed, given the minimum bet being as little as only €0.10.

You will be able to adjust the stake by using 5 different chips appearing below the reels, including + and – buttons to adjust accordingly. There is also a Turbo Mode which allows quick spins to occur at a faster rate. The Autoplay function gives you the leeway to leave your device and watch as the spins occur automatically.

According to our Hugo Carts jackpot analysis, the Play’n Go video slot is said to have an RTP of 96.23%, which is slightly above the average mark. The slot itself claims to have a high variance whilst the volatility is also on the upper-end of the scale. Lastly, the maximum win amount for this title is 25,000x your total stake.

One of the first things you’ll notice about Hugo Carts is that the slot is themed off of a Danish children’s TV series in the 1990s. With friendly looking Scandinavian trolls at your disposal, your task is to fight against the evil forces which try to ruin Hugo’s family. In fairness, this is already the 4th Hugo video slot released by Play’n Go. They’re quite experienced on the theme.

Hugo is the main character in this slot, which takes place under a mine. The imagery is crafted in a fine way with super sharp and clear pictures. This is true, even with the dark underground setting in place. The soundtrack also fits nicely in giving a sense of adventure and mischief about the slot.

In terms of symbols, Hugo Carts divides the symbols into two tiers, the lower and higher value ones. On the lower side, you’ve got the likes of the royals, ranging from 10 – A. Moving into the next tier, you will find mining equipment including Shovels, Axes, Lamps and Helmets. The Helmet is the most rewarding symbol of the lot, paying out a total of 1.5, 2 or 3x your stake for landing 3, 4 or 5 across a payline.

The other symbol you’re going to want to keep an eye on is the Dynamite Stick. It represents the wild of the game and will substitute all standard symbols, except for the scatter. The scatter is represented as a Bag of Gold. You will need to land 3 or more scatter symbols to trigger the Free Spins round. You will also see Hugolina, Scylla and Sack of Gold on reels 2, 3 and 4 respectively. These can trigger re-spins with modifiers. But more on that later.

If you’re curious to try out Hugo Carts for yourself, simply head on over to one of our many IGT casino sites. You can find the full list at the top of this slot review. The visuals and presentation for this slot are second to none, with crystal clear clarity as well. As for the gameplay, it is simple, which makes Hugo Carts very simple to grasp. It uses the modern HTML5 technology.

You will be able to play this slot on any mobile device or smart machine. That includes the likes of iOS, Android, Mac, PC and Tablets too. Playing Hugo Carts on even the smallest of screens will not be a problem either.

One of the biggest attractions for players who try out Hugo Carts is the four bonus features which are available. Namely, there are three different types of Re-Spins modifiers and a Free Spins bonus round. Let’s take a look at them individually.

This feature is triggered when you land the Hugolina symbol on reel 2. Once this is done, between 2 and 5 multiplier symbols are then added to the reels. They give you a higher number of ways to win for the Re-Spin and come with a multiplier booster of up to 10x per symbol.

The Hugo symbol can only land on reel 3, but when this happens, you’ll receive between 2 and 5 wild gold nugget symbols. These wild symbols are added randomly to the reels with a resulting payout made with the wilds in place.

Last but not least, the Scylla character symbol can land only on reel 4. When this is triggered, between 5 and 9 mystery symbols are added to the reels. They can be any symbol in the game, but they’re all the same symbol. Thus, this leads to a rather decent payout once the mystery symbols lock into place and reveal themselves.

In order to trigger the Free Spins bonus round, you’ll need to land at least three or more Bag of Gold scatter symbols. Whilst this may seem rather tricky, especially as it has to be on a single spin, there is a bit of help you may receive. During the base game, Don Croco can pass by your screen at random times to leave 2 scatter symbols onto the reels. This boosts your chances of triggering the Free Spins round tenfold.

Here’s how the free spins bonus round works. When you land 3 scatter symbols, you’ll receive 7 free spins. Falling upon 4 scatters will give you 9 free spins whilst 5 scatters warrants you with 11 free spins.

But that’s not all! The Free Spins bonus round is boosted by the character symbol, which is selected at random before the first free spin commences. This means that with every free spin, you can receive either a 10x multiplier symbol enhancer, 5 wild gold nuggets or transforming mystery symbols on every free spin.

The best thing about Hugo Carts is that the free spins bonus round comes with re-triggers. Thus, if you land 3, 4 or 5 scatters on the reels, you’ll trigger another set of free spins. Moreover, you’ll also receive another character symbol enhancer. This can be done a third time as well, leaving you with up to 3 character symbols and 33 free spins to play with.

Unfortunately, there is no lucky jackpot prize in Hugo Carts. However, don’t take anything away from the game itself. You are able to make a maximum win amount of 25,000x your stake in the slot. This is done by making the most of the 10x multiplier which Hugolina brings you.

Thus, if you place a maximum bet of €100, you’re in for a maximum prize of €2,500,000! That’s a staggering amount to say the least. Alternatively, feel free to take a look at our latest jackpot ratings for other slots with major prizes.

Thus, to conclude this Hugo Carts jackpot analysis, we’ve got to give it up for Play’n Go. The online software supplier group have proved their worth in gold with a fantastic game, made up of stunning graphics and animations. Plus, the game features are also quite unique but have got a certain element of fun about them.

You’re going to have the most joy by staying in the free spins bonus round. With up to 33 free spins for grabs, plus the character symbols, you’re in for a real treat. Whilst the RTP is 96.23%, the slot itself is definitely worthwhile. Play Hugo Carts today for a brilliant and entertaining gaming session. The only downfall is that there is no lucky jackpot. However, if that’s too much of a disadvantage for you, we’ve got you covered. You can always check out our jackpot slots for games with big prizes.