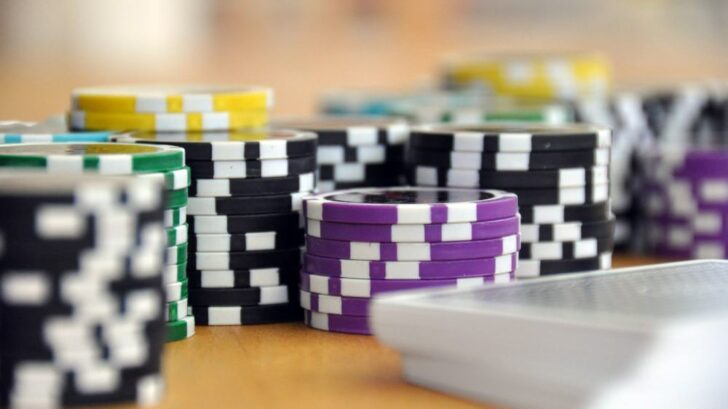 When it comes to playing live poker at the casino you’ll find that many players are not the biggest fans of bluffing. Many will suggest that during the gameplay, you should try and keep bluffing to the minimum. Even professional players, who know how to read their opponents well, suggest that bluffing, though enjoyable sometimes, can be dangerous if you begin to bluff instinctively. That’s because if you start to bluff for the sake of it, then the tells will become ingrained within your gameplay and you’ll find it difficult to hide them, as they’ll be almost subconscious.

Many professional poker players will tell you that every player has their own unique habits and jackpot poker tells. This comes down to the psychological “flight or fight response”, seen when people find themselves in a stressful situation. Bluffing is, to all intents and purposes, essentially just telling a lie. Lying by nature is stressful, and so certain behaviours will come to the fore as a means to try and disguise the fact that you are not telling the truth.

This is called “displacement activity.” In the game of poker, these slight behavioural displays are called poker tells. And because we’re all basically human beings, and all react in the same manner, then the poker tells tend to be the same across all players. So if you’re a serious poker player, then it’s highly recommended that you study the poker tells of other players. This is for a couple of reasons. The first being that any lie that you can detect from other players is going to be advantageous. The second reason is that by knowing these poker tells you can hopefully avoid making them yourself.

Of course, the big problem here is that we are not aware of what our own poker tells are, and could therefore be making them subconsciously without realising it. Below you’ll find a list of the most common poker tells that you’ll see in an average game at any casino when sat at the poker table:

Poker Tells: Fiddling with Jewellery or a Watch

Any player who you notice who is compulsively playing with their watch, rings or jewellery is a sign that they are stressed. That doesn’t mean they necessarily have a bad hand or will play a bad card. It just means that they are nervous or excited. It could very well indicate they have a terrible hand and equally so, that they have a terrific hand.

Everyone has a unique laugh and taken on its own, without context, it could sound very bizarre. But during the chatter around a poker table, you will quickly pick up if someone in the circle appears to be laughing in an unusual manner. There’s always a reason behind behaviours that you might deem odd, and much of this comes down, once again, to stress. On the whole, if someone’s laugh sounds uncontrollable, out of the ordinary, forced or nervous, then you should consider that there is something amiss. Of course, if you’re playing online, you can laugh as much as you want, especially when playing at Bet365 Casino as they have a welcome bonus of 100% up to €/£100! 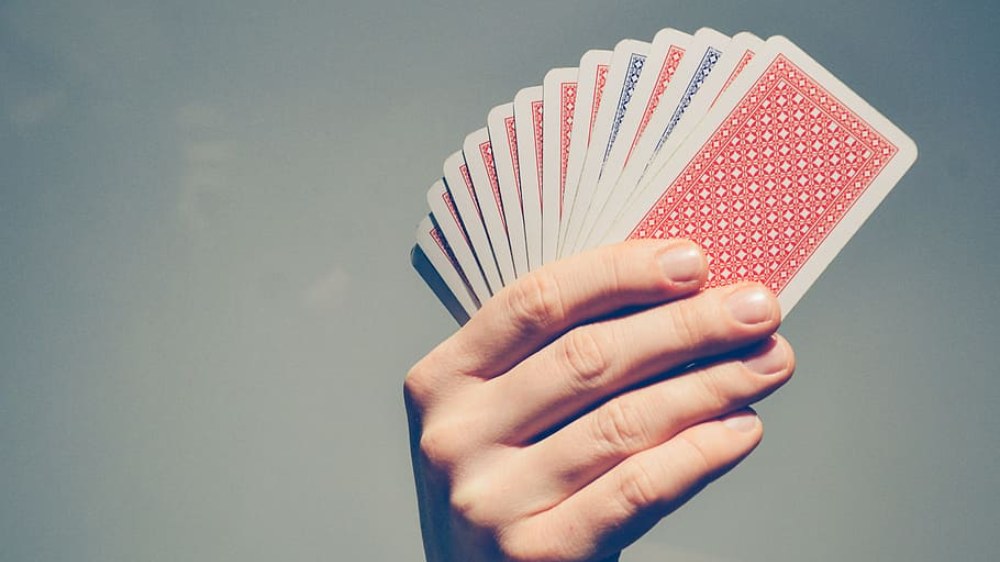 If you are at the casino to win the jackpot but receive a terrible hand, you’ll want to be slow to play it. In other words, you are in no rush to lose. Conversely, if you’ve received a fabulous hand then you might be more eager to play it quickly so that you can pocket the pot. Impatience is a typical sign of having a relatively strong hand. If you are an impatient type of person, then be wary of your own behaviour whilst you’re playing, so that you don’t give too much away.

By having a great hand, then your next move is going to be obvious. There’s no need to invest any deep thought on your cards or even on the cards of the other players. To that end, some players almost zone out, and it appears obvious that they have little interest in the other player’s hands. At the opposite end of the scale, you might have a player who is studying their hand intensely, moving their chips around, and looking at all the other players for signs that might be helpful. This sort of behaviour is from someone who more than probably doesn’t have a good hand.

Probably one of the easiest ways to show your emotions is through anger. Many a time we have seen one player try and intimidate another by staring aggressively straight at them for long periods of time. Though this is a bit freaky, it points to the fact that the player who is staring is trying to be more aggressive probably because they don’t have a very good hand, and are pressuring others to fold. We don’t suggest this as a good means of increasing your jackpot winning chances. After all, if you have a hand that was strong enough to beat everyone around the table, there will be no need to intimidate the other players.

Nervousness shows itself in many different forms, from scratching ears to twiddling the thumbs and so on. On the whole, any overdue fidgeting indicates that something is about to happen. It’s a good strategy to watch when someone is behaving slightly bizarrely and follow the game playthrough to see what was the cause. Then you are able to correlate their behaviour to certain gameplay moves to your own advantage the next time you play them. 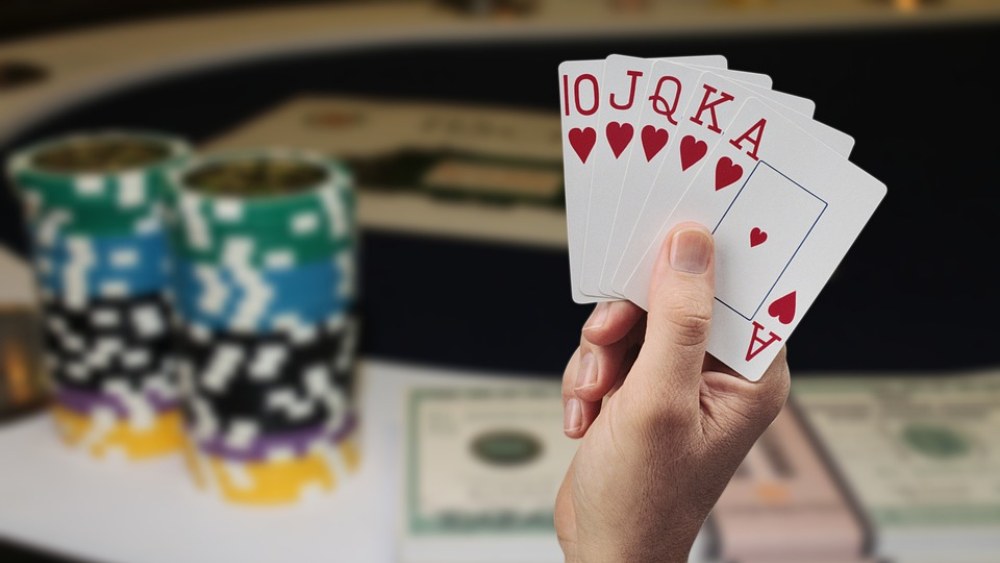 When we set out to deceive others, we are a little shy to look into our opponent’s eyes at the same time that we are telling a lie. As the eyes “are the gateway to the soul”, we are concerned that they will somehow give us away. At a tournament, a poker player who deliberately doesn’t look other players in the eye means they’re either bluffing or conversely, they hold a very strong hand. Either way, it could be a problem for you. Remember the idea behind holding a “poker face” is to give away as little as possible and make it less impossible for other players to read you and your intentions.

In fact, having a poker face at all times should be one of your fundamental jackpot winning strategies.

Rambling is a sign of stress and it tends to be more noticeable with someone who is normally fairly quiet. If for no apparent reason, they suddenly become more agitated and start rambling on about nothing in particular, then you can assume this is actually a tactic to disguise an obvious tell. In other words, using one tell to hide another tell. You don’t have to hide your tells when playing online. We suggest that you check out Bet365 Casino for their bonuses as well as their huge number of poker games.

This applies to a normally chatty player who suddenly goes quiet. Often it’s a sure sign that something is rotten in the State of Denmark. It means that they don’t want to draw attention to themselves or to what they’re thinking. And it will normally be associated with someone who has an incredibly strong hand, as there’s no point in going silent if your hand is rubbish.