Easter Island 2 Jackpot Analysis Our very own Easter Island 2 jackpot analysis is here to give you a proper idea about the video slot and all the nitty gritty knowledge you need to know in order to win. From things like the pay table and what the most rewarding symbols are, to the basic gameplay and features including colossal blocks and expanding reels. Easter Island 2 is not your everyday game. It has a unique gameplay and is tremendous fun to play. 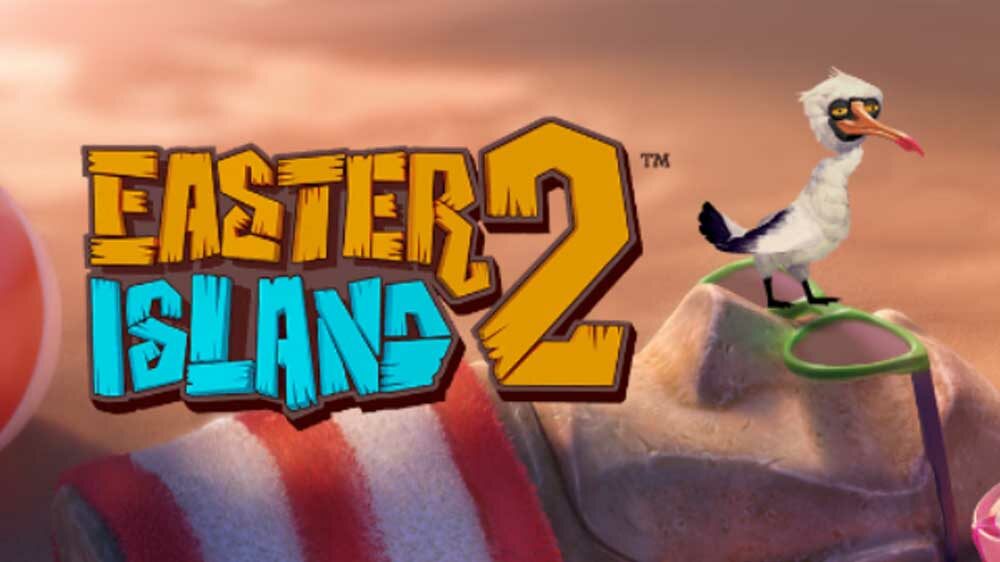 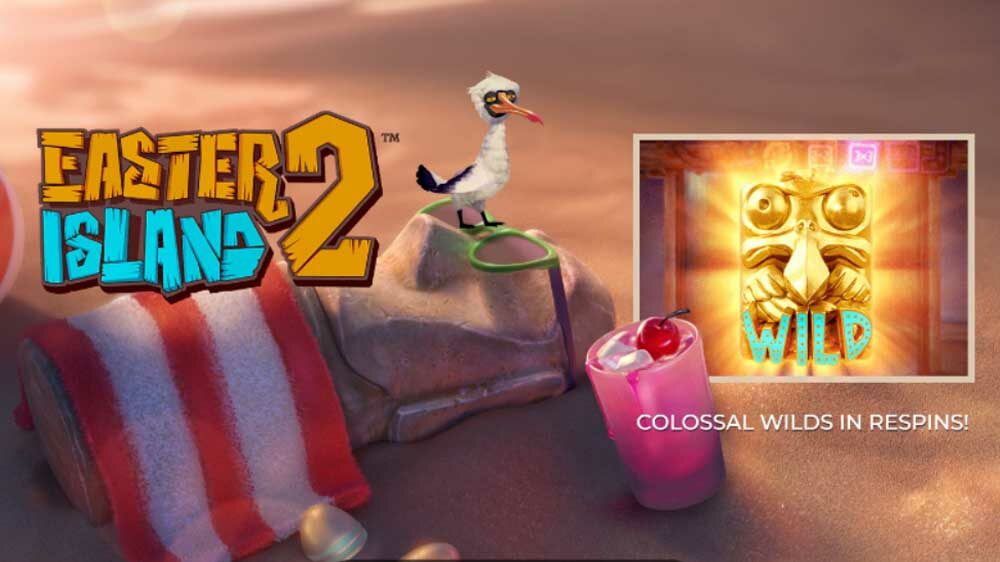 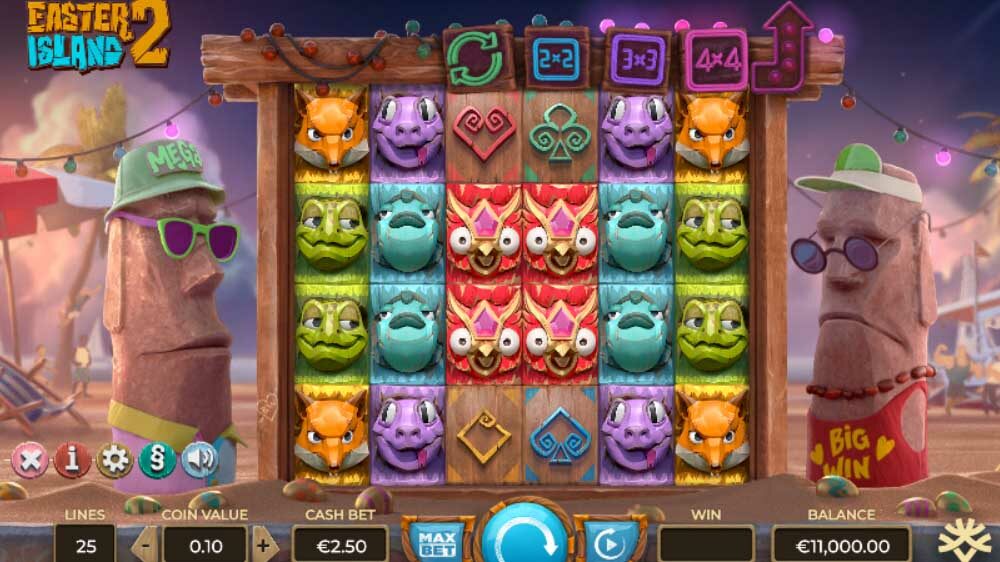 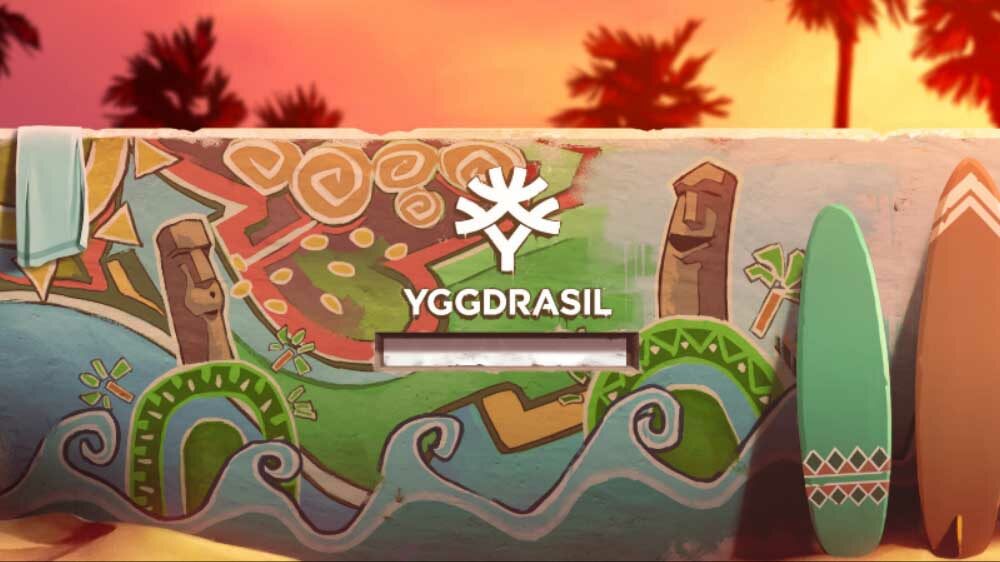 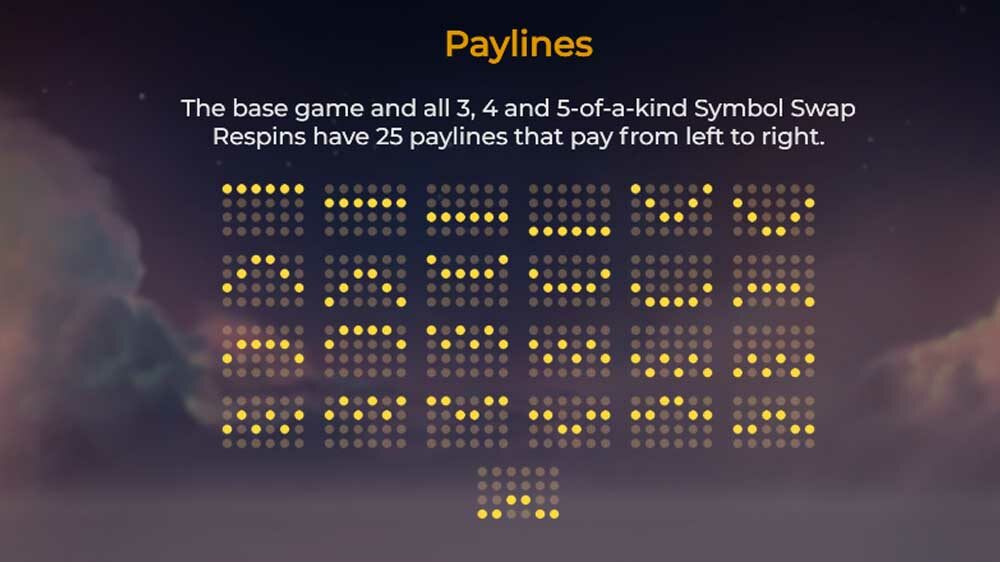 If you’re into games with plenty of respins, expanding reels and other bonuses, you’re going to absolutely love Easter Island 2. The online video slot is a brand-new release by Yggdrasil Gaming. The slot is played out on a 6-reel grid whilst offering 25 paylines. Find out all the details about the slot in our Easter Island 2 jackpot analysis. Let’s take a look.

One of the first things you need to know about Easter Island 2 is that the slot is played out on a layout of 6-reels, 4-rows and 25 paylines. In order to form a win, you’ll need to land at least 3 matching symbols or wilds from the leftist reel on your screen. Wins can only be formed from left to right in Easter Island 2.

The game consists of 6 reels and 25 paylines but in certain cases, you can get as high as 55 if you land a 6-of-a-kind winner. Moreover, you can also be on the receiving end of 2×2, 3×3 and even 4×4 colossal symbol blocks which really bring out the fun in winning!

One of the biggest appealing factors in Easter Island 2 is that the betting range goes from as little as €/£0.25 to a maximum stake of €/£300. This makes the game ideal for both low and high rollers alike. You will be able to set the stake levels using + and – symbols which can be found right next to the reels. What’s more, Easter Island 2 also comes along with an Autoplay button. This function allows you to run between 10 or 1,000 autospins without having to manually click through each one.

The Yggdrasil Gaming slot is set up with an RTP of 96% which is about average whilst the volatility here is rated at a medium range. In fact, the developers are said to have given the slot a 16.3% hit frequency which suggests you’ll land a big winner once every 6.25 spins. As for the maximum win amount, Easter Island 2 gives you the opportunity to bag a massive 2,500x your stake from a single spin.

First and foremost, Easter Island 2 follows a Polynesian theme, but it is acted out in a light-hearted kind of way with several cartoon characters. On either side of the reels you’ll see the famous Easter Island statues who appear to be on their respective holidays. At least, the sunglasses and Hawaii shirts would suggest so. The sequel slot is different to the original one as it comes with better animations and graphics whilst the adventurous soundtrack is also quite setting.

Within Easter Island 2, there are two main tiers to know about. The lower paying bunch of the slot are depicted by the playing card suit symbols. That is to say, Diamonds, Clubs, Spades and Hearts.

As for the higher paying tier, you will be able to spot them as they are represented by Animal Statues. That means you will be greeted by the likes of Fish, Snakes, Turtles, Foxes and Birds. There are 5 in total.

The highest paying symbol in Easter Island 2 is the Red Bird which warrants you with a 4, 8, 16 or 40x payout for landing 3, 4, 5 or 6 in a combination. There is also a wild in the slot. Just like in most Yggdrasil Gaming slots, Easter Island 2 is very pleased and easy on the eye.

If you’re curious to try out Easter Island 2 for yourself, simply head on over to one of our Yggdrasil Gaming casino sites. The video slot is fully compatible with all smart devices. That includes the likes of iOS, Android, PC, Mac and Tablets too. The design of Easter Island 2 is crisp and neat and works well on even the smallest of screens.

First of all, we should inform you that the gameplay in Easter Island 2 is not like your everyday typical slot. You’ll have to quickly get used to the fact that the slot primarily keeps respins in focus. Plus, the introduction of transforming symbols and colossal symbol blocks can also be quite a shaker.

In total, we’ve counted three main features which make up Easter Island 2. Namely, they are the Symbol Swap Respin feature, the Colossal Blocks and the Expanding Reels. Without further ado, let’s break them all up individually.

The first individual feature which we dissect is the Symbol Swap Respin. This is triggered every single time you land a winning combination. Upon doing so, you will be awarding with 1 respin. But that’s not all.

As for the Colossal Blocks feature, this one comes into play whenever you’ve landing a winning combination with 4, 5 or 6 of the same symbols. When this occurs, the subsequent respin will see Colossal Blocks added into the feature. The blocks are made up by either 2×2, 3×3 or 4×4 symbols in size depending on how big the original winning spin was. Here’s how it works.

During this game mode, the grid changes. Instead of offering 4 rows, the game engine expands to offer 8 rows. What this does is increase the number of paylines from the standard 25 to the 55 paylines for the Expanding Reels feature. Plus, adding the colossal 4×4 symbol blocks into the mix can really get the cash flowing in. Particularly if you actually land a jumbo block of wilds on your respin.

Unfortunately, for all the pros which have been listed in Easter Island 2, the slot lacks a free spins bonus round and a lucky jackpot prize. The free spins round is replaced by the Expanding Reels, which is certainly different but can still be worth playing for.

As for the lack of a jackpot, that really is a bummer. But to write off the slot completely would also be foolish. Easter Island 2 offers a maximum win amount of 2,500x your stake. Thus, on a maximum bet of €/£300, you could potentially win up to €/£750,000! That’s still something to write home about. If you are not all that impressed, feel free to take a look at our latest jackpot ratings for other games with big prizes.

Thus, to conclude this Easter Island 2 jackpot analysis, we’ve got to give it up for Yggdrasil Gaming. The online software supplier group have yet again proved their worth in gold with a fantastic video slot. The game takes on the Polynesian theme to a tee and executes it with perfection.

One of the biggest tips we can give you in this slot is to make sure that you make the most of the resulting respins. If you are fortunate enough to land a big winner in the base game, the respin will only give you a better chance of winning with the large symbol blocks coming into play.

The slot is quite unique on the volatility front. Although wins will not fall to you every single spin, when they do, they’ll be worth the weight. The original Easter Island offers a maximum win of 1,880x your stake so this sequel already outshines it with the 2,500x max win amount.

Ultimately, if you’re not overly impressed, it’s not the end of the world. Yggdrasil Gaming is still one of the best provider platforms out there and have many other video slots and jackpot slots which are worth checking out. One might have more fun playing the branded Holmes and the Stolen Stones slot as it offers multiple jackpots.