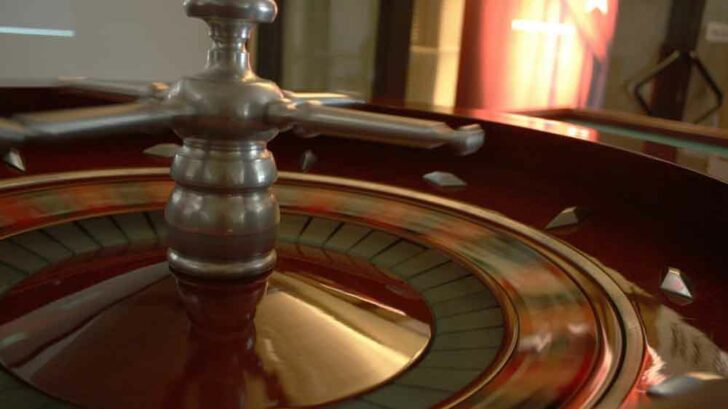 The contest between betting systems never ends. So today let’s discuss two of the best known; Martingale vs Paroli. You see, when it comes to betting, you’ll always find a punter with a system. They swear that by sticking to this tried and tested formula, they always have success. Either they are either deluded, drunk, or lying. It’s true that gamblers are a superstitious bunch. And so they’re more likely to fall for a system they believe works for them. Tunnel vision and the sheer will to win will cloud their judgment. It’ll also stop them from seeing when the system is failing. For the last hundred years or so, two systems come to the fore,; the Martingale and its polar opposite, the Paroli. Let’s have a look at what makes them different and whether any one of them is good for you (short answer, “non of them”).

Martingale vs. Paroli: Some Back Story

Blaise Pascal, a French mathematician, and philosopher (1623-1662) is the guy who gets the credit for both systems. Along with a close friend, Pierre de Fermat, he was essentially the big daddy of a great number of modern gaming theories and principles. From their personal letters, we can see that they shared an interest in gambling problems. They were interested in finding as many possibilities for the solution to many of gambling’s common gameplay problems. Today, we can use modern game theory to predict outcomes. The mathematician, John von Neumann is credited as the father of modern game theory principles.

Though the betting systems of the Martingale and Paroli don’t necessarily mirror the prisoner’s dilemma, it’s obvious that they are a continuation along with the same thought processors. Someone was looking to improve their game and jackpot winning tips and tricks. In fact, that’s probably the best illustration as to what game theory is and a perfect way of describing these two betting systems.

Why Do People Use Betting Systems?

The answer is probably as old as the hills. And it’s one of those slightly irritating questions that newbies are forever asking their elders. There are as many betting systems and reasons for using them as there are gamblers making punts. Captain obvious says that most of these stem from the hope of beating the game’s unfavorable odds. As you already know, the casino has a “house edge”. That means that the payouts are simply not as good as the probabilities. So if you’re making even-money vets, then you’re going to be losing in the long run. The house wins slightly more than the player. Of course, exactly how much is the difference is dependent on the game in question. We’ll follow the path of many writers and use the table game of roulette for our examples.

Now, if you decide to place wagers on the outside bets (odd or even, black or red and top half and bottom half of the wheel), then you’ll win around about 48.6%, provided that you’re playing at a European wheel. As you are well aware, just to break even you need to win 50% of the time. Keep in mind, that whatever betting system you choose (we recommend that you don’t use any!) can never change these payout odds. For many players, the appeal of a betting system is that it may improve the return to the player by strategically raising bets. Or, to put things another way, these systems try to reduce your losses. So we regard the Martingale as a negative and the Paroli is a positive betting system.

Of course, if you’re going to lose, then it’s much better to lose the minimum amount required for a bet. Likewise, if you’re going to win, then you want the largest payout possible for a maximum bet size. So a perfect betting system should be one that ensures that your wins are larger than your losses over a period of time. These are some of the best jackpot winning strategies.

As far as probability goes in the casino environment, you’re still at a disadvantage no matter whether you’re using the Martingale or the Paroli. It’s all down to probability. Games like Baccarat, Blackjack, and Roulette offer some of the best odds in the casino. And though it could be argued that these are all games requiring skill, the truth of the matter is, they are more dominated by simple luck. You can’t know the next card the dealer will draw. And it’s this very randomness that blunts the potential of any betting system.

How the Martingale System Works and Where It Fails

You’ve more than probably heard of this system as it’s the most famous betting system in the world. There have been some famous historical wins using this method. The strategy is very straight forwards and easy to master. It’s also game independent, meaning you can use it with a variety of different games, providing you can make a series of bets. Essentially, this system relies on betting units. Now a betting unit is the smallest bet or the table minimum in games like blackjack and roulette. You begin by wagering a single unit and you continue betting the same single unit until you score a win.

When the player loses a bet, he then doubles the size of the next bet in the next round or hand. To that end, you committing the gambling sin of chasing losses. And how does this end, you might ask? Well, for a start you’ll simply run your bankroll into the ground as you continuously raise your bets to cover those losses. Another factor is that casino tables have limits, and it doesn’t take long to reach that table limit. Another form of this madness is from those players who bet the table maximum in the hope of winning back their lost bankroll.

How the Paroli System Works and Where It Fails

You can look at the Paroli system as being a sort of reverse Martingale. Instead of raising bets whenever you lose, with the Paroli System, you raise your bets after a win. The idea behind this system is to take advantage of a winning streak. But do keep in mind that this system does require that you return to the same betting unit after the third consecutive win.

The Paroli system is often called the “Reverse Martingale” system. Instead of raising bets after you lose, the Paroli system tells you to raise your bets after you win. The system assumes you can make more money by taking advantage of a winning streak. The assumption here is that either you just lost a bet or you’ve just won your third bet in a row. The reason that this system fails if it cannot take advantage of long winning streaks. Imagine that you have 40 wins in a row. With the Paroli system, because you’re literally starting from scratch every third time. So for this you’ll be needing to win, raise, raise over thirteen times. And suppose that you had continuously raised until you hit the table limit? Well, it must be said that the Paroli system is not good for those players who constantly second guess themselves.

The Paroli System Has One Clear Advantage Over the Martingale System

Because we can never know how long a winning streak will last, or even if we’ll have a winning streak at all, then the Paroli system is the more conservative of these two systems. As a for-profit gambler, you’re looking to make your bankroll last as long as possible. On the whole, you don’t have t worry too much about hitting tale limits as you do with the Martingale. The Paroli “re-sets” itself every third go. But in some ways, the Martingale does have a theoretical advantage in that it’s probably going to be paying out more. If the betting gets near to the limit, then the Paroli helps ensure a bigger payout when you win.

Shorter Streaks Are More Likely in Most Gambling Games

Winning streaks are, by nature, short-lived affairs. You’re not going to be landing on a red at the roulette wheel 40 x in a row. Likewise, you will not manage to score 10 x blackjacks in a row either. At the end of the day, a losing streak with the Paroli system is going to prove a lot less expensive in the long run. You also have to remember that there’s no such thing as winning streaks with the Martingale system. If you were to use the martingale system with a winning streak of over 40 x wins, then you’d only win on minimum bets. The fact is that all winning (and by default, losing) streaks are short live. This means that either betting system will fail to return the full potential value to the player, regardless of the jackpot games you’replaying…

The only betting system that works, is your own one. And if that’s based around protecting your bankroll, well, that’s got to be a great system. You see, all these systems don’t mean anything without your own self-control. We don’t recommend any of the above systems. But on the other hand, if you get a buzz from enjoying the whole risk/reward cycle, then try out the Martingale. Keep in mind that this involved a lot of risk factors. Conversely, if you’re the type of player, who gives emphasis to preserving your bankroll, then the Paroli is for you. When it comes to Martingale vs Paroli, you’ll find us sitting on the fence!

We can’t guarantee that any of these systems will help you leave the table in a better position than when starting.