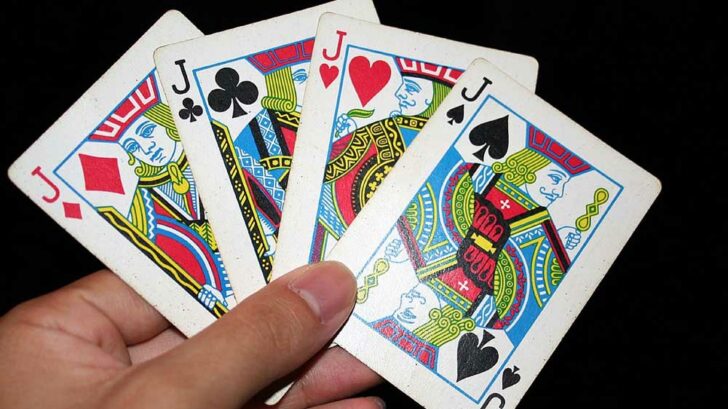 Though their origins are still hotly debated, playing cards have been with us for a very long time. Some say that they are older than written history, which would make them a few thousand years of age. Of course, anything that’s been around for that length of time will have its fair portion of mysteries associated with it. Today we’re going to have a look at some of the lesser-known facts about playing cards.

This, along with many other factors can be easily accounted for by simply looking at the Roman calendar. So the number of playing cards in a deck corresponds with the number of weeks in the year. Following on from this we have the 4 suits representing the 4 seasons. The 12 face cards are the 12 months. If you’re going to be playing at casinos to win the jackpot, then some games like blackjack will make use of up to 8 decks of cards at the same time. We always like to play at Bet365 Casino as they have a huge selection of card games.

Moving along to the 4 suits, they are a reflection of the social order in the late middle ages. The four pillars of feudal society are represented by the 4 different suits. The Hearts are the Holy Clergy. The Spades parallel the non-religious state authority ie the Military and the Nobility. The suit of Diamonds is the mercantile class. And finally, the Clubs represent the peasantry. If you were playing online, then these are the normal cards you’d find at the best online casinos with jackpots.

Thanks to a lengthy history and a huge number of people who indulge in card games from all over the world, it’s no surprise that the number and variety of card designs make for interesting collections. According to the Guinness Book of Records, a certain Liu Fuchang from China has the world’s largest collection of playing cards, numbering at 11,807 decks. Living in the province of Fugou in mainland China, he probably has seen his collection grow even bigger, as that record was set back in 2007. 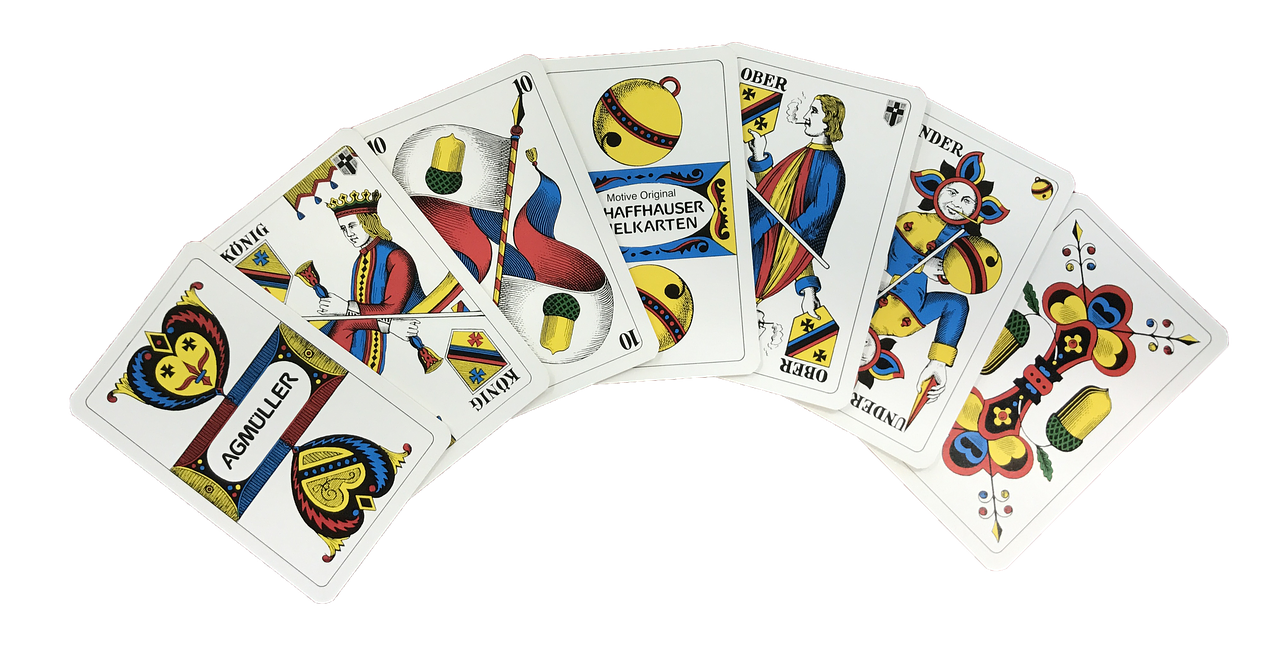 One type of collector may collect decks of playing cards. But others’s primary interest is just one card from the deck, and in particular, the Joker. Hailing from Rome, Donato De Santis has a library with over 8,500 Jokers. They come from all over the world. many are from antiquity and as such are incredibly rare. Some are from rare decks where each deck contained 6 Jokers.

Searching for unusual playing card designs is a great hobby. And though one of the easiest places to find a huge selection in the shop at any of the best casinos to play, you might not know that prisons are responsible for overseeing the printing of many playing cards. In the US many packs of cards are used to bring awareness to what is known as “cold case victims” or missing persons. Photos are placed on the reverse side of the cards with the idea of sparking renewed interest in these cases or simply keeping them alive in the public mind.

You can buy these types of cards in prison canteens and at public markets. Though playing with these might not increase you jackpot winning chances, it may help solve an old police case.

Because soldiers see a lot of down-times, playing cards are a very popular past time in the barracks. During both Worlds Wars, the company’s producing playing cards saw a huge upturn in business. They produced a thinner but cheaper deck of cards for the military. But with these playing cards, there’s more than meets the eye. The Bicycle brand of US playing cards manufactured cards with input from the US intelligence service. Hidden within the tear-off backs of the cards was the partial piece of a map. Putting several cards together would allow any serviceman lost behind enemy lines to be able to find their way back to a friendly base.

The Ace of Spades has always been associated with death. Since it was a tarot card, it represented one of the 4 Sabbats (yes, think of witches) and it relates to the Sabbat known as Yule. We think of Yuletide as being another word for Christmas. But in the middle ages, Yule was the hardest season, as the beginning of Winter marked the point where famine, hunger and death would be more prevalent. According to the Shakespearean Wheel of Fortune, the Ace of Spades represents the death of the old year and the start of the new. It’s seen as the trump card in that it beats all others, in the same way, there’s no escaping from death.

Traditionally, the Ace of Spades was used for marking things, the Vietnam War saw it used in a strange and macabre manner. During the war American GI’s would place an Ace of Spades on the bodies of fallen Vietcong or as a calling card left behind in a village or hamlet. The idea behind this was that the person had been “aced” or were linked to death. The custom became so popular among the troops that Charlie Company, 2nd Battalion 35th Infantry Regiment, 25th Infantry Division, asked the United States Playing Card Company to supply crates containing just the Ace of Spades.

GI’s would often wear the card on their helmets are a sign that death is coming. Since the Vietnam war, the Ace of Spades has only cemented an association with death in the public consciousness. You’ll often see the card used for tattoos.

The King of Hearts is known as the “Suicide King”. The card design has the King with a sword raised, but going behind his head and appearing on the other side. It looks as if the sword is passing through his head. On another version of the same card, he’s making the same movement, but with an axe. As a face card, the King of Hearts is associated with Charlemagne.

In the middle ages, the Church decided that the playing of card games was delinquency, similar to drunkenness and vagrancy, and so encouraged King Charles I to ban them. But instead of doing so, and with one eye on the royal coffers, he imposed a hefty tax on the sale of all playing cards used for gambling in England. The merchant buying the cards would need to pay the tax on point of purchase. Once paid, then the decks were marked with a royal crown, normally on the Ace of Spades, as this not only had a lot of space around the edge of the cards but was also the first card in the deck.

This is the 4 of Clubs and is also known as the evil’s Four-Poster or The Devil’s Bedstead. It’s considered by many to be the unluckiest card in the whole pack. Such is it’s bad fortune, that many consider it being present in their hand will taint all the other playing cards with the same bad mojo, and will end up with you losing all jackpot games. Originally, the card was linked to cartomancy or the use of playing cards to divine the future. The four of clubs were considered to be a very bad omen.

The Role of Jack

Up until the 19th century, the Jack was called the “Knave” and known as the “servant.” The term “jack” means “everyman.”

Origin of the Joker

Many people think that the Joker is associated with Tarot. But in Tarot, the card is known as the “Fool” and there’s no connection. The Joker was a relatively recent invention. Being first printed in the 1860s by The United States Playing Card Company in Cincinnati. During this period, players of the popular game of Euchre decided to make some rule changes. As a direct result of these, a new trump card was needed. This was known as the “Best Lower” card and it wasn’t long before card manufacturers came out with the universally known Joker design. interestingly enough, online casinos like Bet365 Casino don’t feature Jokers at all.