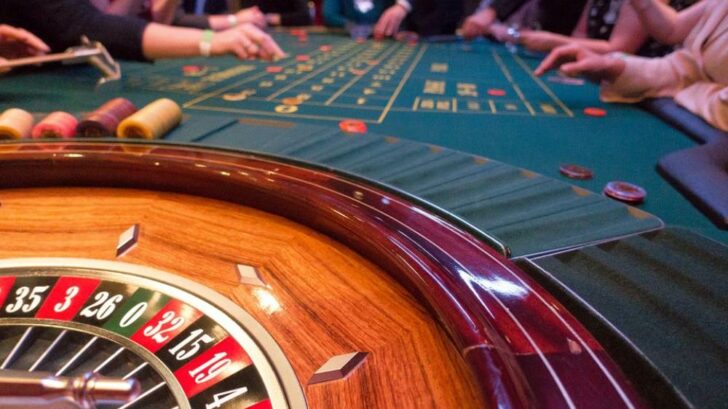 Richard Marcus: The Master of Cheating the Casinos

Richard Marcus was certainly a man of focus. He spent over two decades visiting the casinos of the “City That Never Sleeps.” During these visits, he was constantly on the lookout for means of cheating them. Over this period he managed to come up with many creative ways which helped him win at baccarat, jackpot poker, roulette, and blackjack. But all good things must come to an end. Eventually, this life was to catch up with him and did serve some prison time. Later he wrote the book, “American Roulette: How I turn the odds upside down”, in which he openly explains in great detail all the different techniques he used.

Richard Marcus grew up in Bergen County, New Jersey. He claimed that he learnt to gamble early. As a small child, he remembers betting his parents that he could guess the colour of the next car that would come along whenever they were taking long road trips. Then at high school, he would often win by collecting and flipping baseball cards with his friends. Later on at school, he would play craps during his free time. Richard was pretty famous for challenging everybody. This schoolboy life of hustling and gambling would soon lead to him dropping out of school altogether and finally begin his career as a teen gambler. 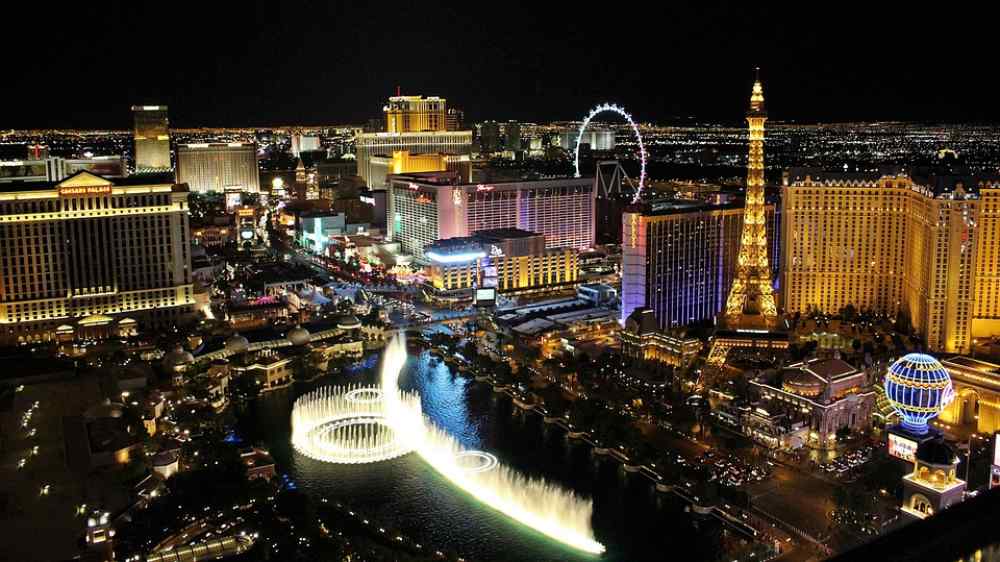 In fact, his later teen years were to be spent at the racetrack. One afternoon he was able to make $30,000. This was a huge sum at the time. Without a minute to waste, Richard Marcus scooped up these winnings and headed off to Sin City to visit the casinos to win the jackpot for the first time. Unfortunately, his luck deserted him, along with his whole bankroll, which depleted it in a single afternoon. Absolutely penniless, he spent the next few months living under a bridge underpass on the outskirts of Las Vegas.

Deep down Richard Marcus believed that the casino had cheated him. He just couldn’t understand how he could have lost so much money so quickly. So he decided that the best course of action was revenge. As we all know this is a dish best served cold. After a great deal of plotting and planning, he secured a job as a blackjack and baccarat dealer at the Four Queens Hotel and Casino in Las Vegas. This would allow him an inside look at the casino and its jackpot games. He quickly learnt from the other dealers all the tips and tricks necessary to relieve customers of the money. If you want to learn some modern casino gaming techniques, then go to Bet365 Casino. You can make use of their “free-play” feature that lets you practice without spending a single penny.

Teaming up with Joe Classon

One of the regular players at the Four Queens Casino was a gambler by the name of Joe Classon. One night he was playing at Richard’s table in the hope of being able to take advantage of the new dealer. But the evening ended with Joe being absolutely impressed with the skills he saw in front of him. Within hours, he asked Richard Marcus to partner him in a casino cheating scheme.

He didn’t have to ask twice. Richard was keen to get revenge on the casino that he thought was responsible for ripping him off. The initial deal was that Richard would earn 20% of their eventual profits. But in the end, it was Richard Marcus who ended up devising the plan that would see them soar to success. With a simple plan, Richard wood pre-stack the deck in a manner that would allow Joe and his friends a guaranteed win. By using false shuffles he was able to convince the pit boss that he was dealing in a correct manner. The very first time they decided to put the strategy to use, they managed to rake in a little over $21,000. As you can imagine, everyone was ecstatic, and Richard was able to join their team as a permanent member. 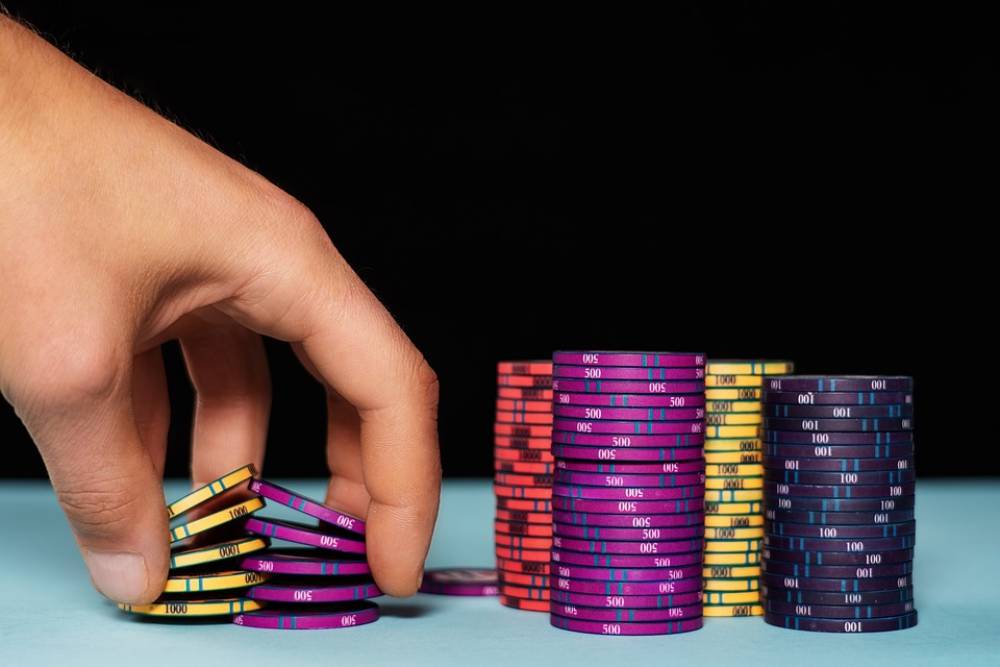 Another method was something they call the “late betting approach.”  This involves the team making their bets just a few seconds after the rules allow. Essentially they were placing bets when it was already obvious what the outcome should be. As you can imagine, this was highly illegal and it didn’t take long before the casinos got wind of this scheme. In August of 1980, Richard was finally caught. Though he was almost arrested, by claiming he was totally innocent of all the games, and by being such a convincing liar, he was able to escape Scott-free.

Though he did work with Joe’s team for the longest time, he was also running his own little cheating strategies on the side. Probably the most successful of these was once called the “mix-up routine” strategy. This involved slipping some high-value chips into the stack after he had won. For this to work, he needed other team members to just stand around the dealer and distract him, and also shield him from the view of the pit boss. So successful was this technique, it earned the team hundreds of thousands of dollars over a number of years. In fact, after Richard left the team 12 years later they continued using his roulette technique.

Richard Marcus left Joe’s team because he wanted to set up his own team. Once he was free of Joe, he spent days and nights playing at the casinos in Las Vegas. Always looking for means to improve his skills with new jackpot winning tips and tricks. As well as trying out new methods of cheating the casinos. By sheer chance one evening he bumped into an old school friend from High School, called Andy Balls. They chatted late into the night and decided that they would set up a team together. They recruited another old school friend of theirs, Pat Mallory. All with the sole purpose of taking the casinos for as much money as possible.

Sorry to say that these techniques wouldn’t work today, especially at an online casino. We suggest that you head over to Bet365 Casino to enjoy yourself. There’s no need to try and cheat them, as they are offering all new players a tasty welcome bonus of 100% up to €/£100, which will give you a better chance of winning some prizes. 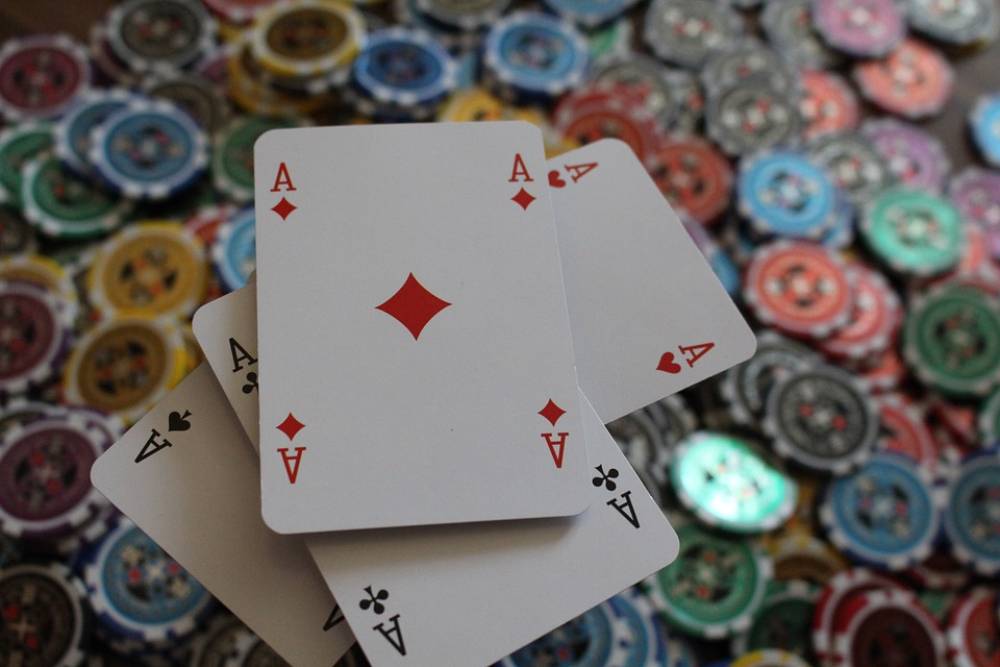 Whilst between teams, Richard Marcus developed a unique cheating method using casino chips that he was able to apply to any casino table game. This ruse involved placing a $5,000 chip under a stack of $5 casino chips. Obviously, if he won, the $5,000 chip would be a surprise chip reveal and he would reap a large reward. If the wagers went south, then he would quickly switch out the $5,000 casino chip for another $5 one. Richard knew that some dealers were sticklers at spotting this method and reporting players to the pit boss. So to avoid these dealers, Richard would sometimes spend months at the casino watching them in order to see who was going to be an easier target.

Of course, they were caught sometimes. But Richard and Pat would simply pretend to have too much to drink. They would sometimes pretend to pass out at the gaming table itself. Richard Marcus christened their cheating technique as the “Savanna Strategy” named after his current girlfriend.

Over the next few years, he was to enjoy some successes. Though it was all to come to a grinding stop when a dealer saw him playing roulette using the Savannah Strategy. He was promptly put under arrest and saw the inside of the penitentiary. On final release, there was to be banning and blacklisting from every casino in the state of Nevada.