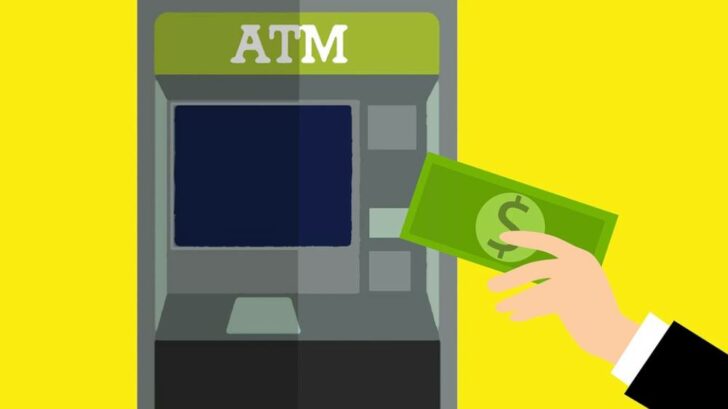 ATMs In Las vegas With The Cheapest Fees

The city of Las Vegas is well known as “Sin City.” And there’s a good reason for this. After all, it’s a city that’s dedicated itself to all forms of entertainment. In fact, it could be said that the city’s whole raison d’etre is to give everyone a good time. While at the same time relieving its tourist and casino players of as much money as possible. To this end, it’s no surprise that you’ll see ATMs on virtually every street corner in Las Vega. And because this is a city designed to suck funds from its visitors, then you’ll find that the average ATM fee is around $5. But probably the most expensive place you can withdraw cash is at the casino’s own ATMs in Las Vegas. There you can expect to pay a minimum of $10 in fees.

Sometimes gamblers may prefer to bring a big wad of cash with them. But even if you’re uncomfortable with the idea of carrying around large sums of money, there’s probably a chance you’ll still need to withdraw a little extra. After all, casino table games, slots and jackpot games, are not cheap to play. Also, they’re designed to be incredibly addictive. With that in mind, we take a look at how to help you avoid any nasty shocks when it comes to getting money from the city’s ATMs during your next trip that fins you standing under the “Welcome to Fabulous Las Vegas” sign.

It’s an unfortunate fact but you’re going to find free ATMs in Las Vegas to be as rare as unicorn poop. Of course, if you happen to be a US bank account holder, then it’s quite possible you can simply visit a branch as a customer whilst you’re in Las Vegas. This will technically save you on fees. Below we’ve listed some of the best methods of retrieving money without spending an insane fortune on fees. Of course, the ultimate way to save on fees is to simply gamble online. For example, if you head over to Bodog Casino, they will happily give you a tasty welcome bonus of 100% up to $600 just for signing up! But we guess that’s not why you’re in Las Vegas. 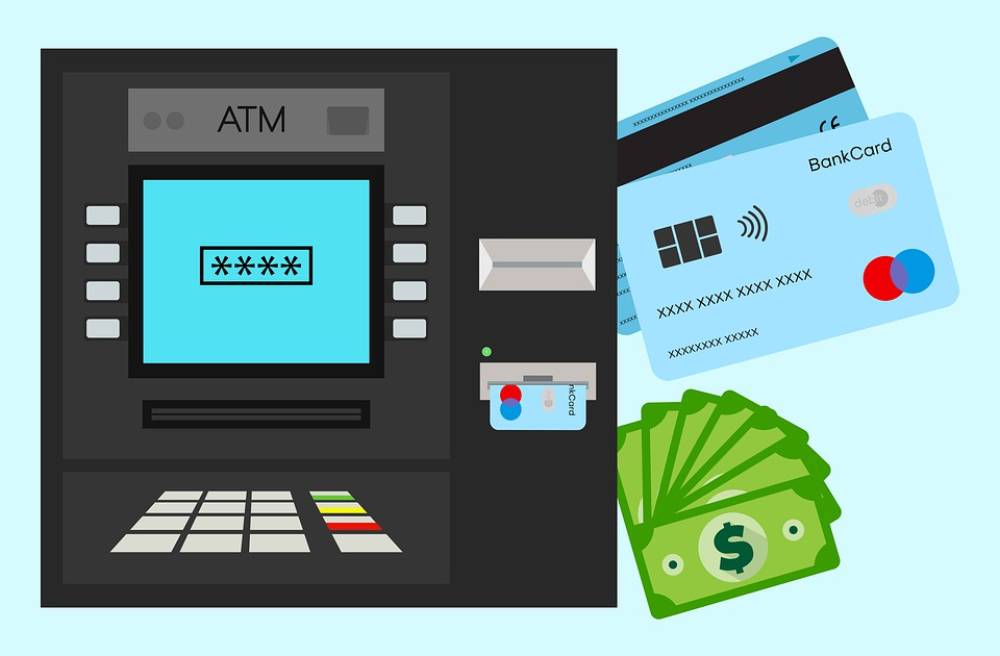 If you happen to have an account with Wells Fargo, then you’ll be able to obtain cash without fees from all ATMs at airports and car rental centres. Having said that, you may find that some locations will charge a small fee. But the bank has many outlets across every city, so finding one won’t be a problem. And your cash withdrawals will be absolutely free. If you’re a Canadian player who’s visiting Las Vegas as a tourist, then you can make use of Interac and Plus. You can find these outlets at the CVS Pharmacy, Walgreens, and the LA monorail stations, at Harhar’s and the LINQ situated on Las Vegas Strip. Another idea is to simply open a bank account with a bank that offers free ATM reimbursements. Obviously, this is only something to be considered if you’re going to be spending considerable time in the city’s casinos.

You may well find that some banks have an alliance or cooperative with other banks and retailers. With these, you’ll be able to gain access to a much larger network of ATMs in Las Vegas. If you are a regular traveller to Las Vegas visiting casinos to win the jackpot, then it’s probably worthwhile doing some research to see if your bank account qualifies.

Get Cash Back In Stores

If you plan on doing some shopping whilst doing Las Vegas, then you may be able to avoid using ATMs completely. That’s because many retailers offer a free cash-back service. In other words, when you make a purchase on their premises, you’ll receive a cash refund. Keep in mind though that the cost can still clock up considerably. Also, there’ll be a much lower limit than you’ll find in the ATM. So it may mean spending more time and money going shopping to get the same amount of cash you could have pulled from an ATM.

ATMs With The Lowest Fees 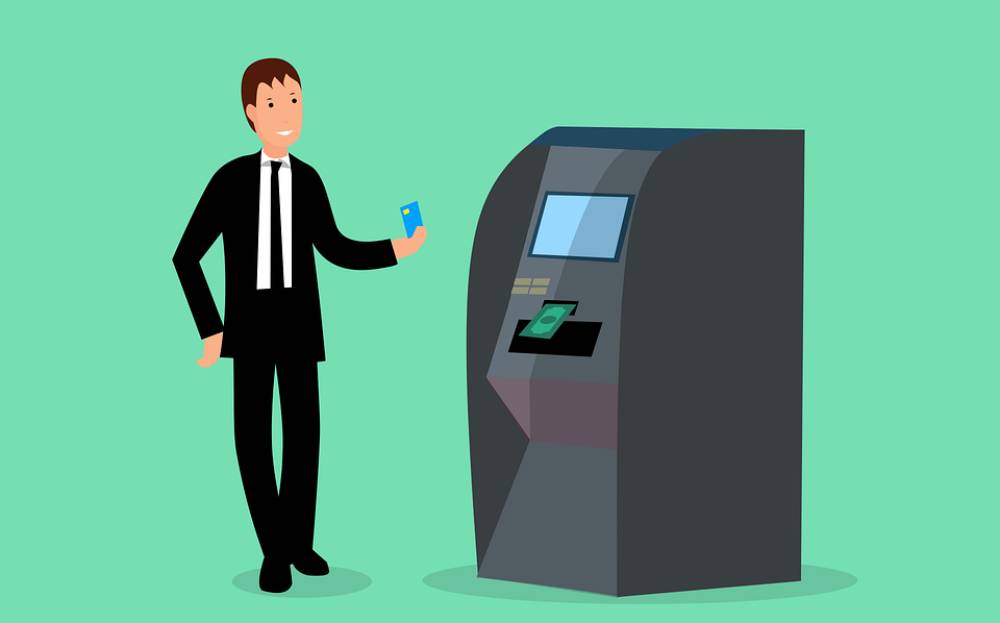 As of writing, we don’t think there are any ATMs in Las Vegas with zero fees. But you may find somewhere the fees are as little as $3. Obviously using the casino’s own ATM is going to be a much more expensive option than those you might find on the Strip. It’s possible you may find some Bank of America outlets, along with Wells Fargo locations in between. If you have an American bank account then you may be able to save a few dollars when compared to the in-house casino ATMs. But if you’re a tourist or foreigner who’s visiting Las Vegas then prepare to get stung with some crazy bank charges. One other thing we should mention is that the ATMs situated inconvenience or drug stores often have lower fees.

ATM Fees Are Highest In The Casinos

There’s a good reason why the casinos have ATMs on their premises. As gamblers burn through their bankrolls there’s always going to be a need for more money to wager in the hope of winning. By having a captive audience, the casinos can really pump up the charges at their ATMs. For the player, it’s an incredibly handy option to be able to leave the casino gaming floor and within 30 seconds return with more chips. You’ll find the fees will vary between $4 minimum and up to 2.5% of your total withdrawal amount. We can’t call these cheap in any way. But as a gambler with a determination to carry on gambling then having an ATM at hand is very certainly very convenient.

ATM Fees At The Most Popular Casino ATMs In Las Vegas

Below we’ve listed the ATM fees being charged by the most well-known casinos in Las Vegas. As you can see withdrawing cash at the casino’s ATMs in Las Vegas is not cheap. In truth, we feel that these ATMs in Las Vegas casinos are there to take advantage of more inexperienced players. If you spend some of your holiday time gambling online, then you can save on these fees. A good example is Bodog Casino which is probably the best casino site to play all your favourite games. It offers very low withdrawal fees. And unlike casino ATM withdrawals, these don’t leave a bad taste.

Carrying Cash vs Withdrawing – Which Is Your Best Option? 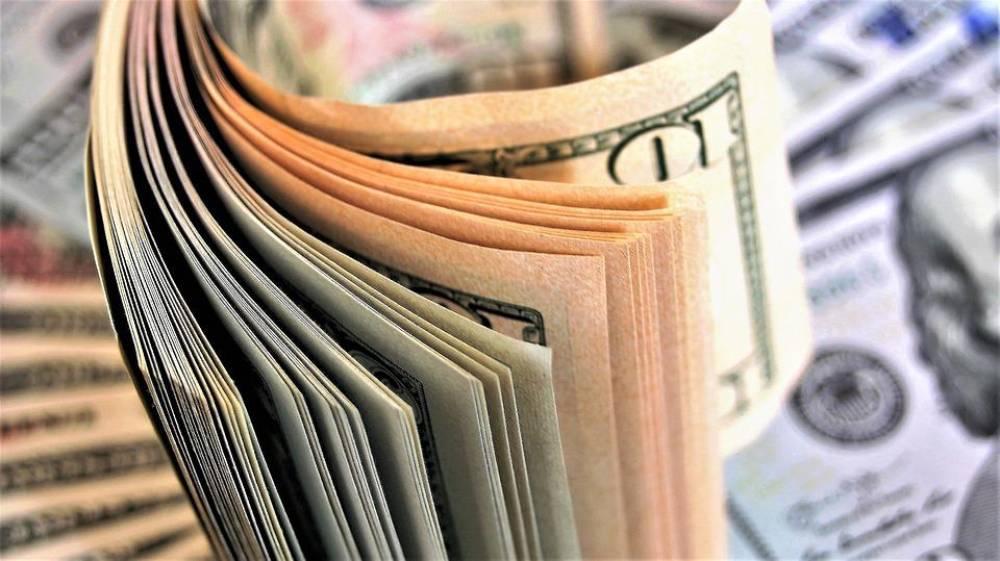 Having a pocket full of cash when you visit Las Vegas is going to give you much greater flexibility. You won’t have the dilemma of needing to leave the casino to withdraw more money. Or the risk of receiving ridiculously high fees for using the casino’s own ATMs. Whatever you do and wherever you go, you’ll have the money in your pocket to pay your way. Having said that, there are some unsavoury people in the city who are constantly on the lookout for players who appear to have lots of cash in their possession. This could make your target for pickpockets. Or even robbers. For better security, we suggest that you conceal your funds in a money belt. Also, it’s always a good idea to avoid poorly lit places or going off the beaten track.

Being Safe At ATMs In Las Vegas

Using your bank card to withdraw money comes with a number of negatives apart from the astronomical ATM fees. For one thing, by withdrawing a lot of money you’re going to draw attention to yourself as you stand in front of the ATM in Las Vegas. It’s also possible that ATM scams can happen thanks to special hardware that they sneakily place over the top of the ATM machine. This catches out the unsuspecting user. You put in your pin number only for it to couple with a fake copy of your card. Now having both your PIN and card, the scammer simply empties your bank account. As a given, we suggest that you avoid taking out large sums of money from any ATMs in Las Vegas.

Stick To A Pre-Set Budget

Finally, we should add that we are not fans of going to the ATM whist gambling. It’s always better to have a set, fixed budget before you set off to the casino. Many players become so engrossed in the gameplay, that they start betting more and more, often in the hope of turning around a losing streak. More cash will not necessarily increase your jackpot winning chances. We suggest that you stick with your initial bankroll. And when it’s gone, then it’s time to leave.